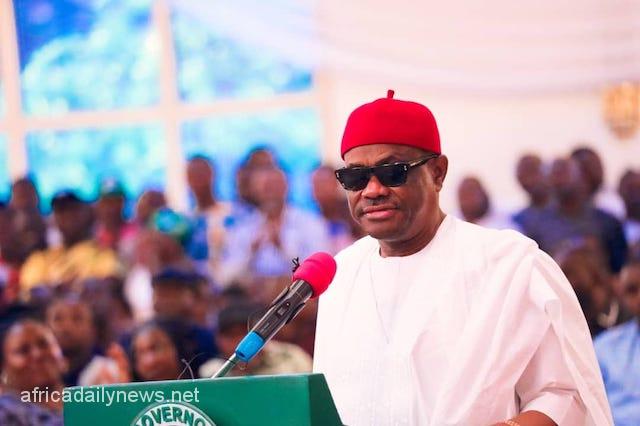 Governor Nyesom Wike of Rivers State may reportedly be leaving the Peoples Democratic Party, PDP, following his loss of the Presidential Primaries, and Vice president slot of the party.

The Rivers governor who has been very quiet is said to have established talks with the ruling All Progressives Congress, APC.

On Saturday, Ebonyi state governor, Dave Umahi arrived in Port-Harcourt and met with him in what is called “a friendly and brotherly” visit at 9 pm.

Umahi’s visit makes it the first meeting with Wike after the former dumped the PDP for the APC following an alleged dissatisfaction with the party.

Wike and Umahi both contested the primaries of their respective parties. However, the Rivers Governor lost both president and vice-presidential candidacy after he was regarded as a victim of intense “powerplay and gang up” by vociferous forces within his party.

A South-South Coordinator of the Tinubu Support Group, Gabriel Abijah, in a recent interview with Politics Nigeria, revealed that Wike will soon join APC.

“As we speak, Wike will soon be a member of APC. we are working on the issue and I cannot disclose our modality. He is our brother and we love him.”

”If Wike moves to the APC, Political Pundits predict that the PDP may lose the south-south as Rivers state is responsible for almost 2 million votes.”

He had been endorsed by the screening committee of the party but was passed over for Gov. Ifeanyi Okowa of Delta State. This development reportedly left him very unhappy.