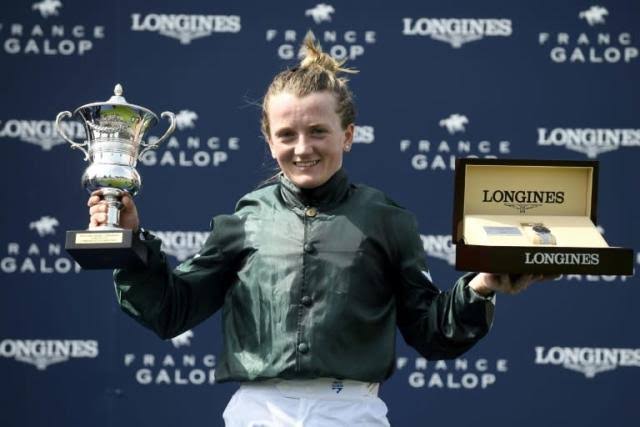 Hollie Doyle became the first female jockey to win a French classic race when she rode favourite Nashwa to victory in the French Oaks (Prix de Diane) at Chantilly on Sunday.

The 25-year-old English jockey had finished third on Nashwa in the Epsom Oaks earlier this month but made no mistake this time riding a brilliant race to prevail.

She was congratulated by her fellow jockey and husband Tom Marquand on passing the post but Doyle refused to get swept up in what she had achieved.

“I am just priviliged to be in this position,” she said.

“I would not be sitting on this classy filly but for Imad al Sagar (the owner) asking me to ride for him in 2020.”

Doyle grinned when it was suggested that she was as much a star as Nashwa.

It was left to Nashwa’s trainer John Gosden to lavish praise on her.

“It is wonderful,” said Gosden. “She is a very talented rider. She’s very serious and principled but has a great sense of humour.

“She rode a very good race in what was a muddled contest.”

Doyle’s performance outstripped that of Jessica Marcialis, who in October 2020 became the first female jockey to win a French Group One race, the Marcel Boussac.