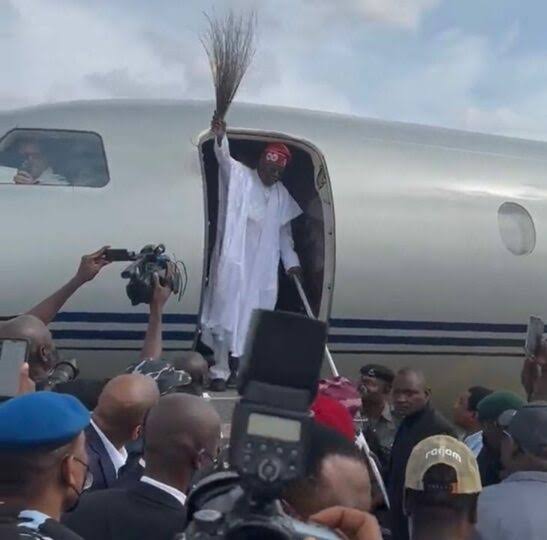 Bola Tinubu has arrived in Lagos State, days after clinching the All Progressives Congress (APC) presidential ticket for the 2023 general elections.

The former Lagos State governor arrived at the Presidential Wing of the Murtala International Airport at 15:30pm on Sunday. Tinubu was received to a rousing welcome from hundreds of party supporters and is now on the way to the Palace of the Oba of Lagos.

He arrived in the company of the governors of Kano and Imo states, Abdullahi Ganduje and Hope Uzodimma respectively.

A former governor of Borno State, Ahmed Shettima, as well as some party leaders at the national level were also with him.