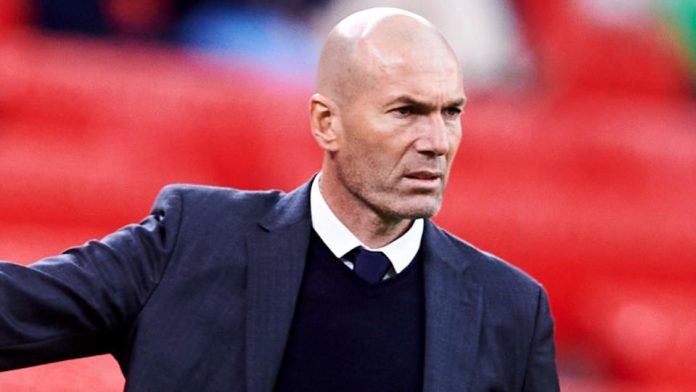 Zinedine Zidane has confirmed he intends to resume his coaching career but remained coy on his next destination.

The legendary former midfielder has had two stints at the helm of Real Madrid but has twice walked away from the position to take a break from football. The 49-year-old has not been actively involved in the sport since leaving Los Blancos for the second time a year ago.

French president Emmanuel Macron has recently spoken of his ambition to help persuade Zidane to return to football in Ligue 1, amid links with the Paris Saint-Germain post. Despite being from the city of Marseille – who are domestic rivals of the French capital club – Zidane has been strongly linked to replacing Mauricio Pochettino in the PSG hotseat, with the Argentine set to be dismissed this week.

Zidane remarkably led Madrid to three successive Champions League titles during his first two-and-a-half season spell, while also winning two La Liga titles at the club. It has been suggested that the former Madrid boss may be biding his time out of management to wait for the vacancy of French national team coach, with Didier Deschamps potentially leaving the role after this year’s World Cup finals in Qatar.

Zidane has now given an interview to Telefoot in which he has confirmed his ambitions to resume his managerial career but was typically non-committal regarding where his next post may be. He explained: “Am I still able to contribute things as a coach? Yes, many things, or I think at least some!

“I want to continue with that career because I still have the desire – it is my passion. I am 50 years old, fulfilled, I’m happy, that’s the most important thing.”

In a wide-ranging interview, Zidane also went on to explain the success he enjoyed at Real Madrid. Winning the Champions League trophy in three successive seasons was an unprecedented achievement, while he also secured the league title in each of his stints at the helm of the Spanish capital club.

He added: “We worked a lot, we had incredible players, and a team that followed me. I was responsible for many things, but I had a great team that supported me. It just would not have been possible without everyone. I need to surround myself with people that I feel comfortable with. Without them, it could not work.”