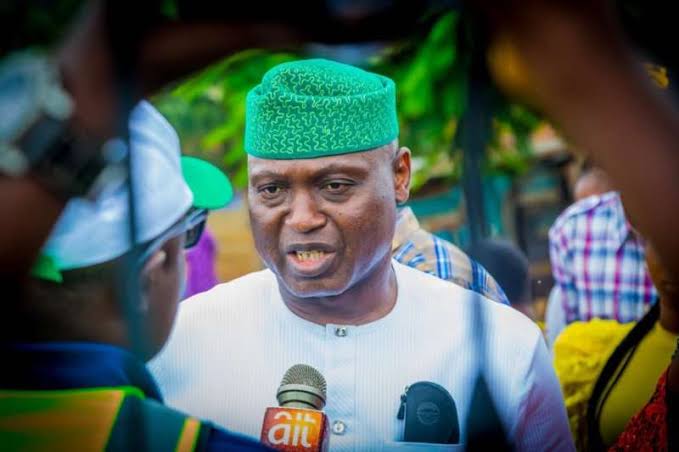 Oyebanji also absolved his party, All Progressives Congress (APC) of any wrongdoing.

Oyebanji stated this in an interview with State House Correspondents shortly after he was presented to President Muhammadu Buhari at the Presidential Villa in Abuja on Monday.

The Governor-elect said he won the poll based on the performance of the outgoing administration in the State in which he played a major role in.

The former Secretary to State Government (SGF) said he canvased for votes using the record of performance of the administration and what he had to offer the people going forward.

Also speaking, the National Chairman of the party, Abdullahi Adamu, affirmed that the allegation of vote-buying was raised by elements who lost at the poll.

On the issue of running mate for the APC presidential candidate, Bola Tinubu, Adamu dismissed speculations that the party could run into a problem with the placeholder.