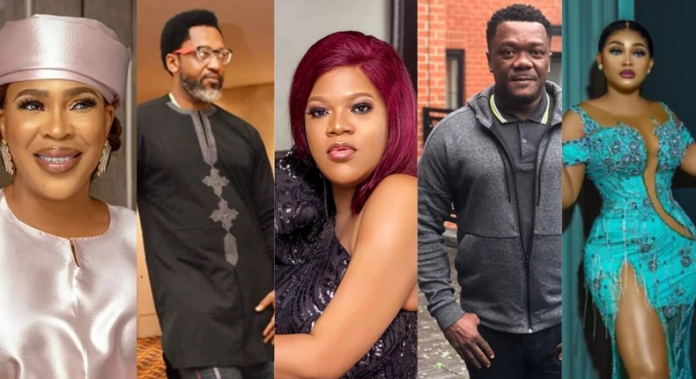 These are non-tribal performers that are thriving because they have been in the industry for a long time and have garnered accolades for their outstanding work.

In this post, we’ll go over a list of five performers that aren’t Yoruba ethnically but have had a significant impact in the industry.

Mercy is a Nigerian actress, director, model, and entrepreneur. Mercy is from Edo state, despite being a well-known figure in the industry. She is currently one of the most in-demand actors in the industry.

Many people believe that the star was born in Ibadan because she grew up there. She is, however, from Edo. Toyin is a Yoruba actress who was born in Auchi and rose to prominence in the Yoruba film industry.

Delta state is home to the actor who rose to stardom thanks to the Yoruba film Toko Taya. Before joining the Nollywood film industry in 1992, Rykardo worked as a model. In the film Visa to Hell, he earned his first acting role.
Kelvin Ikeduba

Kelvin Ngozi Ikeduba is a Nigerian actor who won the Yoruba Movie Academy Awards for Best Crossover Actor in 2014. (YMAA). Ikeduba was born in Ebute-Metta, Lagos State, despite being a Delta State native.

Fathia Williams is Urhobo. In the Yoruba film business, she is a versatile actor. Because of her previous name (Balogun), many people mistakenly believe she is Yoruba. In February 1969, she was born in Ukwara, a Delta State waterside local government area in southern Nigeria.