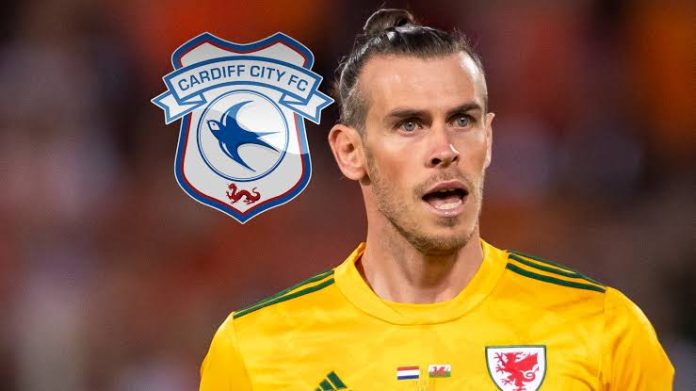 Gareth Bale is currently out of contract having ended his stay at Real Madrid after almost a decade, with Championship club Cardiff City emerging as surprise contenders to sign him

Gareth Bale has held talks with Cardiff City boss Steve Morison ahead of what could be a remarkable summer transfer.

According to WalesOnline, the former Real Madrid superstar, whose nine-year stint at the Bernabeu officially came to an end earlier this month, has been in the Welsh capital and held an informal chat with the Bluebirds boss. After his contract with Los Blancos came to an end following the conclusion of last season, the winger is now out of contract.

There has been intense speculation surrounding his future, including the possibility of Bale hanging up his boots aged just 32. The chances of that eventuality reduced dramatically earlier this month however, when he helped Wales to their first World Cup since 1958 with a win over Ukraine at the Cardiff City Stadium.

The chance to play his club football in the same venue to his international exploits has been touted, although he does have a glut of offers on the table. Any move this summer will see Bale take a dramatic pay decrease on the reported £600,000-per-week he earned in Madrid and a move from the Champions League winners to the Championship would be eyebrow-raising to say the least.

But reports have now emerged that having held talks with his representatives over the last few weeks, Cardiff’s manager Morison managed to catch up with him after he reported to their Vale of Glamorgan HQ. Bale was in attendance at the training ground to do some physio work with FAW staff, where his attendance was understandably noted.

Morison and Bale are said to have held provisional talks over his future, which could be fully determined before he flies out on holiday on July 16. It is claimed that Bale told Cardiff chiefs that his final decision would be made in the coming days, with owner Vincent Tan keeping a close eye on proceedings.

Speaking at the start of May, Bluebirds chairman Mehmet Dalman said they would be “willing listeners” if Bale was interested in a return to Cardiff, a statement Morison was more than happy to reciprocate.

“Who wouldn’t be? Is there anyone who wouldn’t be a willing listener?!” he laughed. “I’m not going to go and get Gareth Bale’s number and ring him and say, ‘Oh, by the way, do you want to come and join Cardiff?’

“I’m sure if anything like that was going to happen then me and him would have a chat because there would be a lot to talk about. One of them would be making sure [the press] don’t find out about it!”

Despite the excitement that reports of Bale making a sensational move to Cardiff is sure to generate, WalesOnline do add that the club’s current recruitment process is underway as though he will not be signing and that anything would be a different would be a monumental bonus.