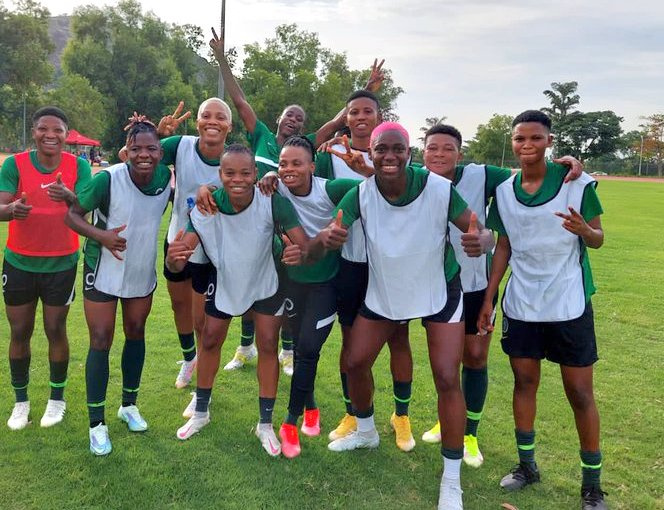 Ngozi Okobi-Okeoghene, Ifeoma Onumonu and Vivian Ikechukwu have arrived at the Super Falcons camp in Abuja ahead of the 2022 Women’s Africa Cup of Nations.

The trio’s arrival increased the number of players in camp to 31.

Only one player, Anam Imo is still being expected in camp.

Head coach, Randy Waldrum is expected to trim the number to 23 this week.

The nine-time African champions will face South Africa, Burundi and Bostwana in Group C at WAFCON 2022.

The Super Falcons will do battle with the Banyana Banyana of South Africa in their opening game in Rabat on July 4.

The four semi-finalists in the competition will compete at the 2023 FIFA Women’s World Cup to be co-hosted by Australia and New Zealand.