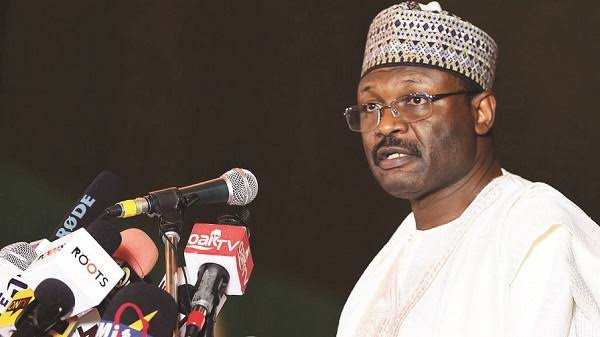 The Independent National Electoral Commission has made a comment of denial over alleged opening 21 voter registration units in the neighbouring Niger Republic.

The development is coming in the wake of speculations on social media that the commission has taken the process of registering eligible voters beyond the shores of the country.

A certain Nche Nwabuike had posted on Facebook on Wednesday, alleging that INEC is operating some illegal registration centres outside Nigeria.

He wrote, “There are officially 21 INEC voters’ registration centre units in Niger Republic. Since when did Nigeria’s constitution permit for election to be conducted on foreign soil.

“Why are the mainstream media houses in Nigeria silent about this? Are they also accomplices to this madness? Shame on investigative journalism in Nigeria.”

Although Nnabuike’s page appeared to be a phoney account, his post nevertheless generated some form of heat on social media platforms.

While some users serially shared and retweeted the posts, few others flocked the official pages of INEC both on Twitter and Facebook, asking it to confirm or debunk the allegation.

When contacted on Thursday, a furious INEC national commissioner and Chairman, Information and Voter Education, Festus Okoye, who initially vowed not to comment on the debate, subsequently described it as a figment of the social media user’s imagination.

“Let those who believe him go to Niger Republic and find out whether anything related to INEC polling unit or voter registration centres was set up.

“I don’t know why the mainstream media are giving listening ears to such rumour or misinformation. It is bad enough that social media has become the first source of call in terms of information,” he said.

The INEC national commissioner added that there are certain rumours that Nigerians including the media practitioners should learn to dismiss with a wave of the hand.

He pondered how a random person would hide behind the keypads of a smartphone and begin to tweet falsehood with impunity.

“How can one individual we don’t know be posting that there are 21 registration centres in Niger Republic and people are asking us at INEC whether it is true? I won’t even respond to such a claim. It doesn’t make sense. The media should not be part of this, please.

“Why are they not even saying a voter registration centre is set up somewhere in Cameroon or Benin Republic? One individual will just sit somewhere in the comfort of his room and spew nonsense. I am sure if you google him, you won’t even see his profile online. And Nigerians will just be sharing all over the social media space as if their lives depend on it,” Okoye fumed.