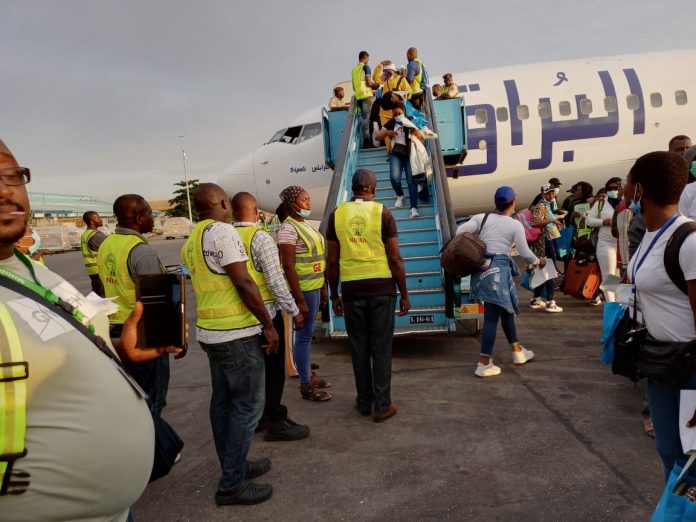 The National Emergency Management Agency (NEMA), has received another batch of 178 stranded Nigerian returnees from Libya.

They were returned through the Al Buraq Air with Registration number 5A-DMG Boeing 700-787.

The flight arrived at the Cargo Wing of the Murtala Muhammad International Airport, Ikeja at about 18:20 hours on Wednesday.

The Director General of NEMA, Alhaji Mustapha Habib Ahmed received the returnees on behalf of the Federal Government.

On arrival through the Coordinator, Lagos Territorial Office, Ibrahim Farinloye enjoined the returnees to turn a new leaf in looking for ample opportunities abound in the country that are enough for everyone to achieve their desired goals.

The DG also appealed to the returnees to avoid vices that they must have been exposed to and maximize the potential opportunities they have at home.

The distressed returnees were assisted back to the country through the Voluntary Assisted Returnees by International Organisation for Immigration sponsored by the European Union.

Other agencies along with NEMA, are NCFRM, NAPTIP, NSCDC, FAAN, Police and Nigeria’ Port Health.