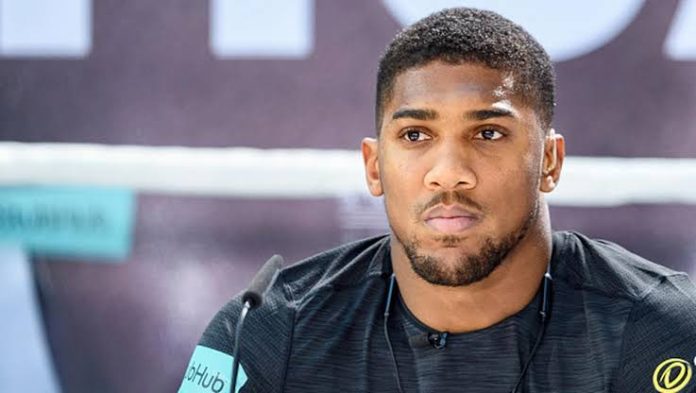 Heading into the rematch with Oleksandr Usyk, two-time heavyweight champion Anthony Joshua is set to earn £100m from the fight, a fee similar to his multi-million DAZN contract.

Joshua, 32, has already penned a mouth-watering £100m deal with DAZN to stream his eagerly-awaited rematch fight in Jeddah after leaving Sky Sports. Joshua was stripped of his WBC, WBO, WBF and IBO titles last September as Usyk mauled him at the Tottenham Hotspur Stadium via unanimous decision.

Joshua quickly applied his rematch clause but Russia’s unprovoked invasion of Ukraine cast doubt on when The Cat would next return to the ring. Recently, the duo agreed a showdown date of August 20 – where both fighters are expected to receive a mega-money payday.

According to the Daily Mail, the site fee alone is understood to be around the £92m mark – almost double the figure the Sheiks forked out to hold the inaugural Saudi Arabia Grand Prix.

Joshua pocketed the bulk of the Sheiks’ mind-boggling £66m site fee to fight Andy Ruiz Jr in 2019 but Usyk will command 50 per cent of the figure this time around.

Despite fan outrage at the £24.95 cost to stream the September bout, around 1.2million fans still went ahead and purchased the fight. A repeat would add another £30m to the prize money pot, totalling somewhere in the region of £130m.

Due to a 50/50 split, the Brit will cash in on a minimum £65m payday. Yet this amount does not include ticket sales and sponsorship deals which, according to The Sun, could take the figure towards the £100m mark.