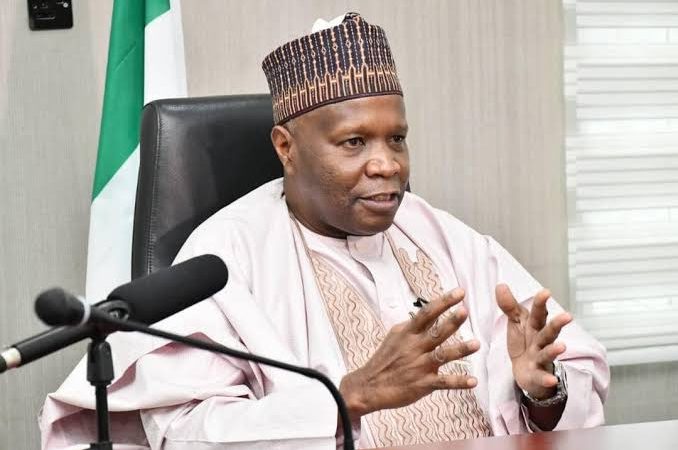 The Gombe State Governor, Muhammadu Yahaya, has charged intending Muslim pilgrims to the Kingdom of Saudi Arabia to fervently pray for the peaceful conduct of the 2023 general election and the overall development of the state.

Addressing the intending Muslim pilgrims on Thursday during a farewell ceremony at the board’s premises, Governor Yahaya, represented by the Secretary to the State Government, Prof. Ibrahim Njodi, also implored them to be worthy ambassadors of the state and country.

Warning them against acts capable of denting their image, he said, ” You should not engage in money laundering, theft, drug trafficking, prostitution, absconding, use of abusive languages, and other vices that are outlawed in Saudi Arabia.”

He also reminded them to be security conscious as hoodlums could find ways to infiltrate their ranks and commit crimes.

The governor also informed the pilgrims that earlier challenges experienced regarding taking off from Gombe International Airport had been resolved, urging them to remain calm and prayerful.

He noted with concern the inability of Muslims to perform pilgrimage in the last two years due to the COVID-19 pandemic. He commended the entire Muslims for their prayers, which had opened doors for the resumption of observations of one of the key pillars of the Islamic faith.

Earlier, Islamic scholars including Khadi Liman, Shiehk Isa Taliyawa, and Shiehk Adamu Dokoro admonished the intending Muslim pilgrims to adhere to the lessons of their enlightenment workshops, adding that it would guide them towards a successful hajj.

On his part, The Chairman of the Muslims Pilgrims Welfare Board, Emir of Dukku – Alhaji Rasheed Abdlkadir, appreciated the state government for its support to the board in all the preparations, noting that the pilgrims would represent the state and country well in the holy land of Saudi Arabia.

Also speaking, the Executive Secretary of the Board, Alhaji Sa’ad Adamu, commended the state government, scholars, and the pilgrims for their show of understanding and support towards ensuring hitch-free 2022 hajj operations.