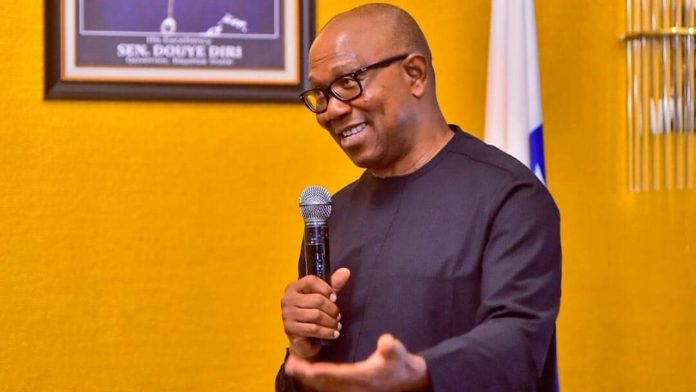 Peter Obi, presidential candidate of the Labour Party, on Wednesday, said a definite ‘Yes’ to the removal of petroleum subsidy in Nigeria, which he described as a huge scam used to drain the nation’s purse.

But he left a caveat – Nigerians would hardly feel the pain as the money saved from it would be used to take care of them, as opposed to the past, where increase in the pump price of petroleum products left the polity worse without any visible gains.

Speaking on Arise TV, Obi gave a prescription on how to end the agitations by ethnic groups in Nigeria, such as the Indigenous People of Biafra and the decade-old terrorism, by groups like Boko Haram and the Islamic State of West Africa which has claimed thousands of lives.

His words: “I will remove subsidy and look for something to replace it. The subsidy is a scam. It’s not going to be business as usual. You need to go back and read what one of my former aides wrote about how I used stinginess to cut the cost of governance.”

On IPOB, he said, he would engage in dialogue with the agitators but deal decisively with those engaging in criminality afterwards, maintaining the activities of such groups were fuelled by hunger in the land as a result of unemployment, itself a product of poor leadership.

Dismissing reports of his pro-IPOB position, the former Governor of Anambra State said he had never been involved in any agitation.

He said: “I have never been in any agitation. I had said that the agitation is because of leadership failure over the years. I will engage them in dialogue if elected into power”.,