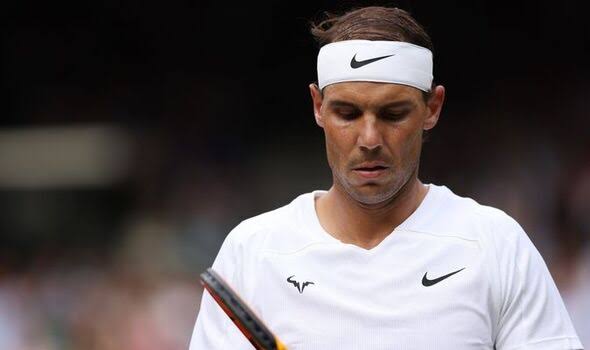 Rafael Nadal will be withdrawing from Wimbledon following injury to his stomach, AF24news reports.

Earlier on Wednesday, the Spanish veteran fought back from going behind twice against Taylor Fritz in the quarter-finals of the men’s singles tournament at SW19.

Nadal took a medical time out due to the abdominal strain and appeared to ignore calls from family members in his box to retire from the match.

Following the victory, Nadal was asked about whether he will be fit to face Nick Kyrgios in the semi-finals. He told reporters: “I don’t know exactly what I have. It’s clear something’s not right. I’m obviously worried.

“It’s difficult. Nothing can be fixed when you have a thing like this. That’s it.”

He also said: “I am going to have some more tests but it is difficult to know.

“I had these feelings for a couple of days, but without a doubt, today was the worst day. There has been an important increase of pain and limitation.

“I am worried. I don’t have a decision. I need to know different opinions and I need to check everything the proper way.

“There is something more important than winning Wimbledon and that is health.”

To add even more intrigue to the story, Nadal failed to show up for practice at Wimbledon on Thursday afternoon.