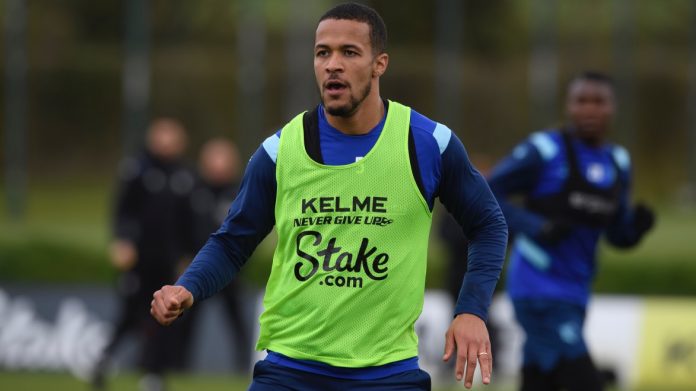 Nigeria Super Eagles defender, William Troost-Ekong, has returned to training with Watford three weeks and five days after he sustained an injury in Nigeria’s 2-1 win over Sierra Leone in an Africa Cup of Nations qualifier in Abuja last month.

The 28-year-old was stretchered off the Moshood Abiola National Stadium pitch on June 9 after he sustained a groin injury in the 80th minute of the game.

He joined up with the rest of the Hornets squad in pre-season in Austria, according to a tweet from the club’s handle.

“Good to see you back from injury, @WTroostEkong,” Watford wrote beneath the post showing the Eagles vice-captain in training on Wednesday.

The former Udinese defender, who made 17 appearances in the EPL last season as they were relegated to the Championship, will hope he can steer the club back to the elite division just as he did when he joined the Gino Pozzo-owned club in 2020.

Meanwhile, his compatriot Emmanuel Dennis, Ismaila Sarr, Adam Masina and Danny Rose did not fly to Austria for the six-day pre-season training camp, which concludes on Sunday with the club’s second pre-season friendly against Greek side Panathinaikos.

According to Watford Observer, the decision to omit the four players is the clearest signal yet that they are on the exit path from the club.

“Watford are in discussions with the agents of Dennis and Sarr, while Mogi Bayat, who brokers many of the club’s deals, is also known to be involved in the process,” the website stated.