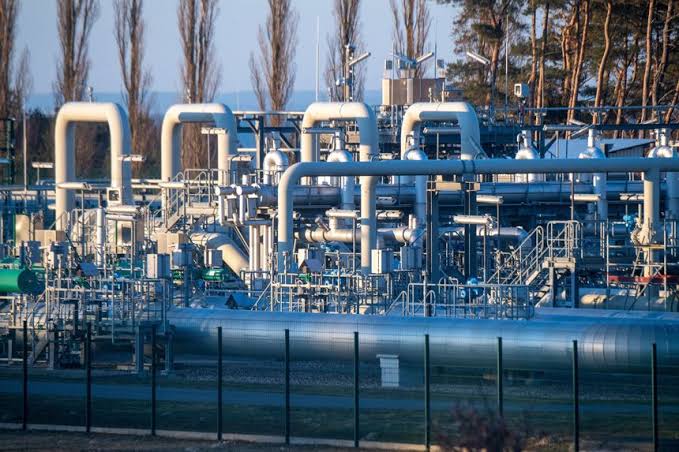 European natural gas prices headed for the longest stretch of weekly gains this year as worries mount about dwindling supplies from Russia.

Benchmark futures eased on Friday, but were still headed for a fourth straight week of increases. Russia’s Nord Stream, the biggest gas route to the European Union, is due to shut on Monday for 10 days of seasonal maintenance, and there’s growing fear that full flows won’t return after the work is completed.

The gas squeeze and surging prices are fueling the worst energy crisis in decades, as bills have ballooned while once rock-solid utilities are struggling to stay afloat.

A prolonged cut in gas flows from Russia — historically the continent’s biggest supplier — would jeopardize plans to have storage sites sufficiently filled in time for winter, when demand typically peaks.

READ ALSO: Europe to see high levels of Covid this summer: WHO

Traders and European policy-makers will be keenly watching Russian President Vladimir Putin’s scheduled discussions on energy issues with officials in his government on Friday. The head of state-run exporter Gazprom PJSC will be among the speakers, according to the Kremlin press service, which didn’t elaborate further on the agenda.

Dutch front-month gas, the European benchmark, fell as much as 4.5%, and was 2.8% lower at 178 euros per megawatt-hour at 8:35 a.m. in Amsterdam. The contract has more than doubled over the past month.