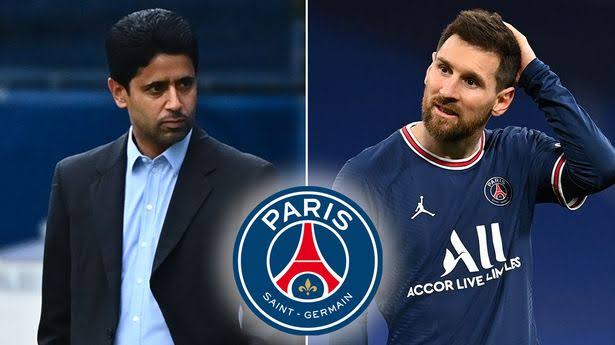 Mauricio Pochettino’s sacking by Paris Saint-Germain has brought their payout costs for recent managers up to a staggering £33million.

The Argentine led PSG to the Coupe de France during his first half-season last campaign and followed that up by winning the first league title of his managerial career this season, but it was not enough to make up for the team’s European failure – as they exited in the Round of 16 against Real Madrid after tossing away a 2-0 aggregate lead.

The Argentine coach was booed by large sections of the PSG crowd when his name was read out ahead of kick-off at a Ligue 1 clash amid reports that he is set to leave the club. It followed the supporter’s major protest at a Ligue 1 clash against Rennes in which they blasted the ‘overpaid mercenaries’ on their books and attacked the board with Pochettino not escaping their ire.

Christophe Galtier – who guided Lille to their stunning Ligue 1 title success in 2021 and impressively coached Nice last year – has replaced Pochettino in the PSG, but the removal of the Argentine from his post has added to the club’s costs of replacing managers in recent years.

The sacking of Pochettino meant that he was due a payoff of £8.5million (€10m) from the club, which adds to their costs of replacing first-team coaches in the past decade. It follows just 18 months after Pochettino replaced Thomas Tuchel in the PSG hot seat – getting rid of the German cost the French club £5.9million (€7m) to payout the remainder of his contract.

However, these figures paled in comparison to the £18.6million (€22m) PSG had to shell out to payoff Laurent Blanc in the summer of 2016. The former central defender had two years remaining on his contract at the Parc des Princes, meaning that the club’s decision to dismiss him was particularly costly.

Blanc was replaced by Unai Emery in the hot seat, but the Spaniard saw out the entirety of his two-year contract between 2016 and 2018. For that reason, no payment was required to end his relationship with the club.

Pochettino’s PSG exit follows less than three years on from his departure from Tottenham, where he was also entitled to a sizable exit fee when the north London club decided to dismiss him in November 2019. That was with the club 14th in the Premier League – albeit just six points off the top five – and less than six months after he had led Tottenham to their first-ever Champions League final.