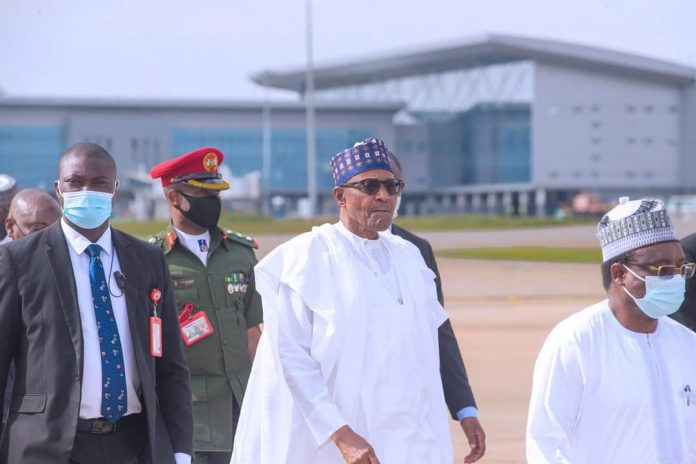 President Muhammadu Buhari has felicitated Muslims on the Eid-el Kabir celebrations in the country, saying his administration will not rest until it brings relief to Nigerians.

In his Sallah message issued by presidential spokesman, Garba Shehu, Buhari said efforts are ongoing to find solutions to the hardship faced by the citizens.

The President also reiterated his government’s commitment in improving the security situation, where bandits and terrorists have continued to wreak havoc in several parts of the nation.

“I won’t rest until I bring relief to Nigerians. I am quite aware of the difficulties people are facing and working to resolve them,” Buhari was quoted as saying.

In congratulating the Muslim faithful on the celebration, he called on all Nigerians to be good representatives of their religious beliefs.

According to the President, religion shouldn’t just be used as a mere badge of identity, but as a motivator for doing good for the overall good of the country and humanity.

He added, “If we are putting the teachings of our religions into practice, most of the evils afflicting our society would have been solved.

READ ALSO: Insecurity: Buhari need not be told to resign when he is so incompetent, emulate Boris Johnson– Nigerians tell President

“The exploitation of the people by traders and the stealing of public funds by civil servants and other holders of public trust is a reflection of the abandonment of the teachings of our religions.”

President Buhari also urged all Muslims to reflect on the significance of the sacrifice epitomised by Eid.

He equally wants the citizens to show love and care to our neighbours and others while celebrating this spiritually important event in our lives.

While advising Muslims “to promote the good virtues of Islam through personal examples and practice,” Buhari urged them to “avoid association with violent extremist ideas that have wrongly given Islam a negative image or poor perception.”