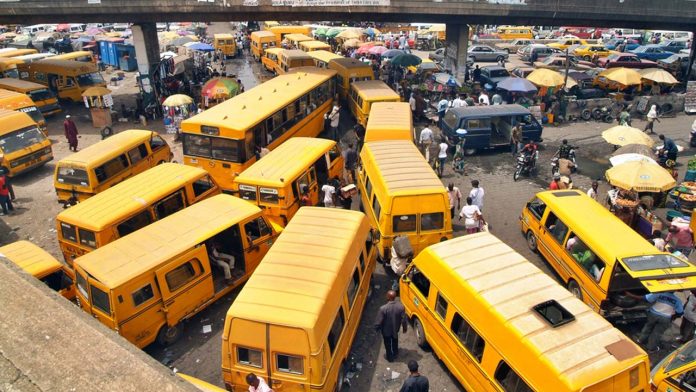 Lagos residents and some business operators have expressed their grievances over a takeover of open parking spaces by a government agency.

Recall that early this year, the state government unveiled their plans to tackle indiscriminate parking by vehicle owners on the streets. And to get this done, they created the Lagos State Parking Authority (LASPA) to enforce parking violations and offences in the state.

Explaining to journalists in March, the LASPA, General Manager, Adebisi Adelabu, affirmed that parking problems have become one of the thorniest issues affecting the economy and the environment.

Adelabu listed various parking offences in the state to include parking commercial vehicles on streets, blocking an entrance or exit and walkway, parking on slots marked for public transport, fire service, ambulance, taxis and people with special needs.

She added that it was now illegal to park cars in the state on sidewalks, in the middle of the road, whether it was paved or not, within three metres of a fire hydrant, or against the direction of traffic.

However, as lofty as this move might seem, residents have complained about the operations of LASPA. Some of them that spoke to AF24NEWS lamented about the hefty fines and the mode of the packing agents.

One of the residents, Mr Akinyemi while narrating his experience lamented how he was served a notice of trespass on a landmark that was not on a government road.

“I don’t know when parking in my frontage, not on the road, has become a government road”, Mr Akinyemi said. “They said I have ‘setbacks’ which is not on government road, but the open gutter covered by me with my cement and sand. The government agencies said I would pay for it, else any vehicle on it would be rolled away.

“Also, their phone numbers on the notice given are not reachable. What am I to do? Several vehicles are obstructing the road, on Brown Street, Oshodi, Ewenla, and Afariogun. I don’t understand what these people are doing. They have left the road and traffic obstructors at the main roads, to come to extort residents packed inside streets”, Mr Akinyemi fumed.

When asked whether he was compelled to pay any money, Mr Akinyemi said “No, I have not been forced to pay any money. But the truth is I have no fence like my neighbours but they said, parking by my visitors and customers in my small shop is trespassing”.

Another resident, Mrs Abel Ajayi said her grocery store has been made to cut short its parking space after LASPA agencies besieged her shop.

She said, “We had to reduce our parking space because I was told that we have setbacks and that our customers can’t park there, else, the cars will be tolled off”.

When AF24news visited the LASPA office in Ikeja, to get their response to some of the allegations raised by residents, it was confirmed that parking on the gutter and the space after your fence landmark attracts payment of N800 per hour and N800,000 for a year, depending on the location.

It was also gathered that the agency can grant signage for residents to pay and park.

However, the General Manager of the parking authority refuted the claim that the agency was established for revenue generation, and monetizing open spaces.

She said, ” LASPA was created solely to rid Lagos of parking encumbrances impeding normal traffic flow and to generally regulate the parking business in the state to become a major source of employment generation, and our core objective is to transform the parking landscape in the state of Lagos.

“We are not dismantling statutory parks and garages. For those who do not presently have a parking space, we encourage them to acquire lands which can be used for parking purposes, because the days of just opening an event Centre, a church or even a mosque expecting to park anywhere and impeding traffic will soon be over in the state.

“You have a plot of land and you just go ahead to turn it into a parking space and collect money. Some will turn a particular street or area into their territories, collecting parking monies from motorists, the government is now frowning at such arrangements, asking such to come and register and become concessionaires.”