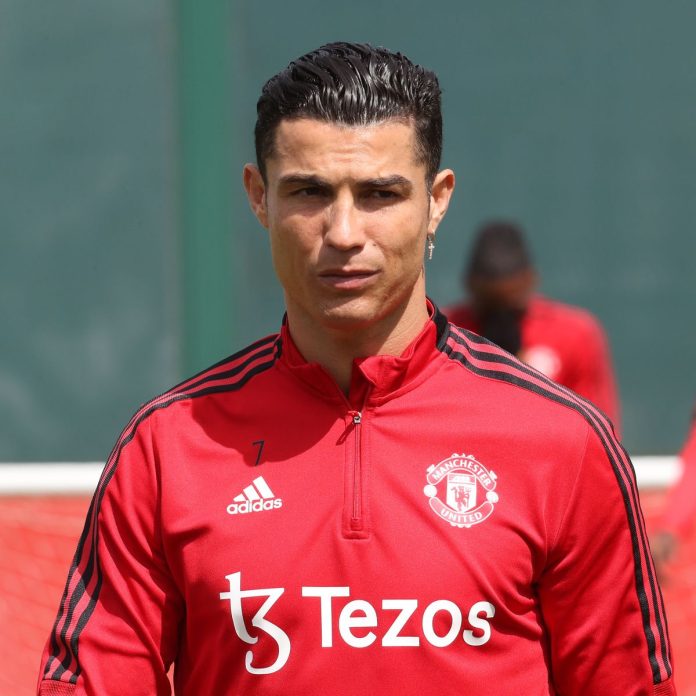 Cristiano Ronaldo wants to leave Manchester United this summer but despite the club’s outward messages that he has a contract in place, their private stance contradicts that

Manchester United are continuing to publicly insist that Cristiano Ronaldo is not for sale this summer, but the club’s private response to the situation has been different.

Ronaldo wants to leave United just one year on from his return to Old Trafford and the 37-year-old is the only player who has not reported to the club’s pre-season training this month due to ‘family reasons’. This means the Portuguese superstar is not involved in the 31-player squad which has jetted off to Bangkok.

The forward has featured in United’s launch for their new home kit but recorded footage of him alongside David Beckham and Eric Cantona – which had been scheduled to be released at the same time as the new kit – has been put on hold by Adidas until the his future at the club is clarified.

United have continued to insist publicly that Ronaldo is not for sale this summer and that he has a contract in place that will cover the rest of next season. Their stance is that they expect such an agreement to be honoured. However, the club have adopted a different stance behind the scenes.

As outlined by a report in The Athletic, United have already sounded out possible replacements for Ronaldo, should he not continue at the club beyond this summer. Many of those within the club’s hierarchy are also wary that keeping an unhappy player at Old Trafford, particularly one of Ronaldo’s status, would be counterproductive for both the club and new boss Erik ten Hag.

Gary Neville, the club’s former right-back and current high-profile pundit, said on social media this week: “The only important factor with the Ronaldo situation is that it’s dealt with decisively and quickly. This can’t be a saga that takes the attention away from Erik ten Hag’s bedding-in period for the next two months.”

The possible exit of Ronaldo would leave United desperately light of attacking options. Edinson Cavani was among a glut of first-team exits this summer upon the expiration of his contract at Old Trafford. Signing a striker was far down United’s priority list, but that situation has now changed.

United have emerged as contenders to sign Brian Brobbey from RB Leipzig this summer. Ten Hag has held phone calls with Brobbey, with RB Leipzig open to cashing-in for as little as €15million (£12.8m). The 20-year-old has endured a difficult time at the German club since arriving in 2021, making just 14 first-team appearances and failing to find the back of the net.

Ajax forward Antony is said to be among the leading transfer targets for Ten Hag, who is keen to reunite with the 22-year-old. The Brazilian has told the Dutch giants that he wants the club to consider allowing him to make the switch to United this summer to be reunited with his former boss.