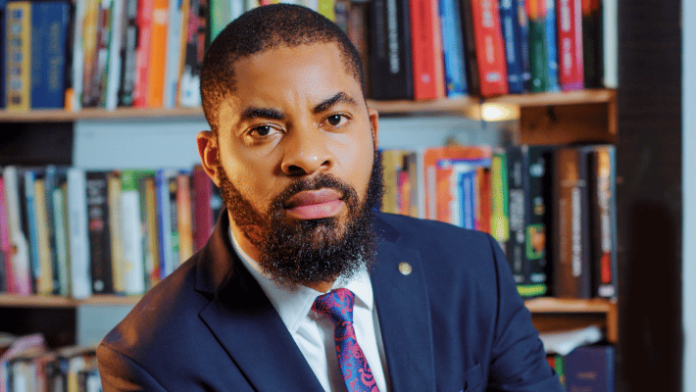 An Abuja-based activist lawyer, Deji Adeyanju, has insinuated that Governor Nyesom Wike of Rivers State will work for Bola Tinubu, the presidential candidate of the All Progressives Congress, APC, in 2023.

Adeyanju claimed that Wike and some of his colleagues will not defect from the Peoples Democratic Party, PDP, to the All Progressives Congress, APC.

He said they would remain in PDP and work for Tinubu’s emergence as Nigeria’s president.

In a tweet, the activist also claimed that presidential candidates of the Labour Party, LP, Peter Obi, and New Nigerian People Party, NNPP, Rabiu Kwankwaso, are indirectly working for Tinubu’s victory in 2023.

READ ALSO: 2023: Why Atiku will lose to Tinubu – Oshiomhole

Adeyanju explained that Obi and Kwankwaso’s refusal to form an alliance against the APC is a perfect game plan in favour of Tinubu.

He wrote: “Wike & others won’t go to APC but they are all likely to stay in PDP and work for Mr. Agbado. Obi and Kwankwaso are also indirectly going to do the same.

“Their refusal to form a single alliance with the opposition to challenge the Govt in power is all a perfect game plan.”

Wike had a private meeting with three APC governors yesterday in River State.

The governors are Babajide Sanwo-Olu of Lagos State, Kayode Fayemi of Ekiti State, and Rotimi Akeredolu of Ondo State.