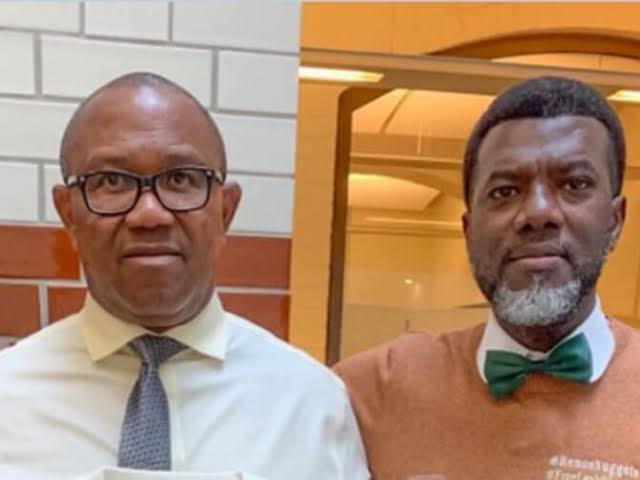 Valentine Obienyem, the spokesperson to the presidential candidate of the Labour Party, Peter Obi, has distanced his boss from disseminating the screenshot of him speaking to Reno Omokri during a chat.

The viral statement claimed that the former presidential aide, Reno, demanded money to support Obi’s candidacy but was turned down by Peter Obi.

Obienyem in a statement he issued on Sunday denounced the purported rebuke of Reno Omokri by Peter Obi during their meeting in London.

“Beyond predicting correctly what would have been Obi’s attitude towards such a demand, let us, however, for the avoidance of doubt state clearly that Obi did not meet the said Reno in London as the write-up claimed. The statement being circulated did not come from Obi neither did he sanction it”, Obienyem’s statement read.

“The Peter Obi Media Office suspects the statement as the usual prank being played by the same people desirous of citing it as a justification for strengthening their unprovoked attack on Obi – desperate efforts to present Obi as an attacker and hide under the assumption of defense and launch further attack on Obi.

“While insisting that he is appalled at the bitterness with which some people treat political opponents, to the extent of trying to instigate hatred against them as evidenced by those that planted his head on praying mats and pictures in a brandy, he expressed his gratitude to the Obidient family for keeping faith. He urged the continued sharing of the dream of a society in which there shall be no corruption, no recklessness, no poverty, no hypocrisy and no injustice with the Obidient family and, indeed, all Nigerians of goodwill.

“Let us also note, in passing, the deliberate misinterpretation of the statement made by Mr Peter Obi about six Commissioners that worked with him.  From the context of what he said, he clearly referred to Commissioners for Police and not his EXCO members.