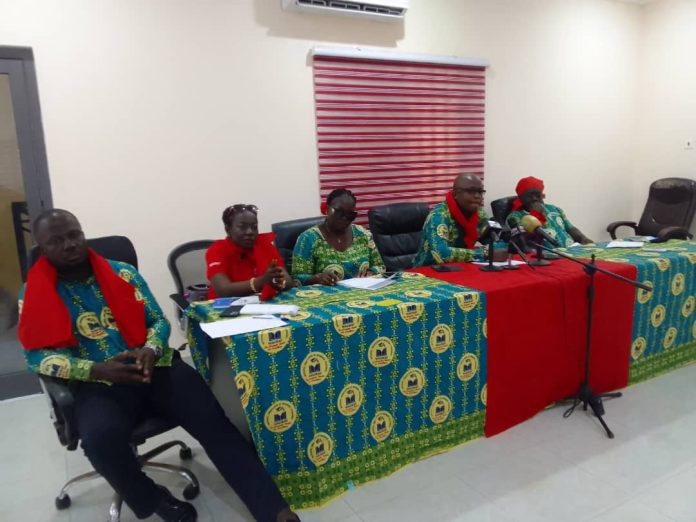 The Public Services Workers Union in Ghana has decided to embark on a strike action in demand of a 20% Cost of Living Allowance (COLA).

According to the group, the industrial action will come off on Tuesday, July 19, 2022.

They say the decision to go on strike is also due to the high cost of living and inflation, which has brought hardship on their lives.

It said the decision to strike was taken at an emergency meeting on July 8.

“In the midst of rising cost of living, inflation currently pegged at 27.6% (with a propensity to rise further), and pending astronomical increases in utility tariffs, the economic analysis which formed the basis of our acceptance of a 1-year salary increment for the year 2022 has obviously been thrown out of gear,” the group said in a press release.

“Considering the worsening economic challenges, members of the PSWU are left with no other option but to draw attention to their economic wellbeing,” the statement added.

The union will be joining its cohorts in the pre-tertiary education sector, which have been on strike since last week.

Various groups including the Union of Professional Nurse and Midwives have also joined calls by some public sector workers for the government to pay them the 20% allowance.

The PSWU join their colleagues from the educational, health sectors who have been on strike since last week.

Meanwhile, the Ministry for Employment and Labour Relations will later today, Tuesday, July 12, hold a second meeting with organised labour over their agitation over the said allowance.