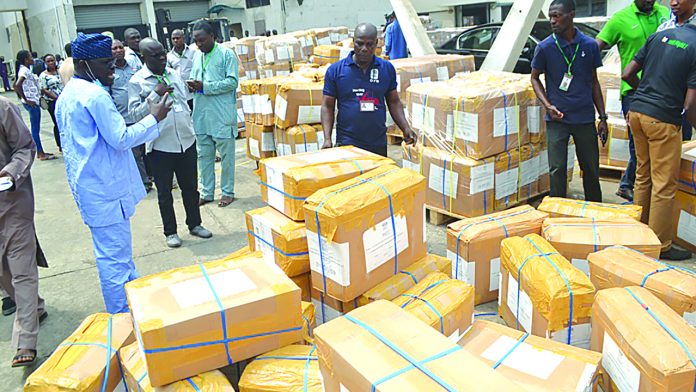 The Independent National Electoral Commission has commenced the distribution of electoral materials ahead of Saturday’s governorship election in Osun State.

The distribution is taking place at the INEC headquarters on Gbongan Road.

The distribution is taking place at the INEC headquarters on Gbongan Road. 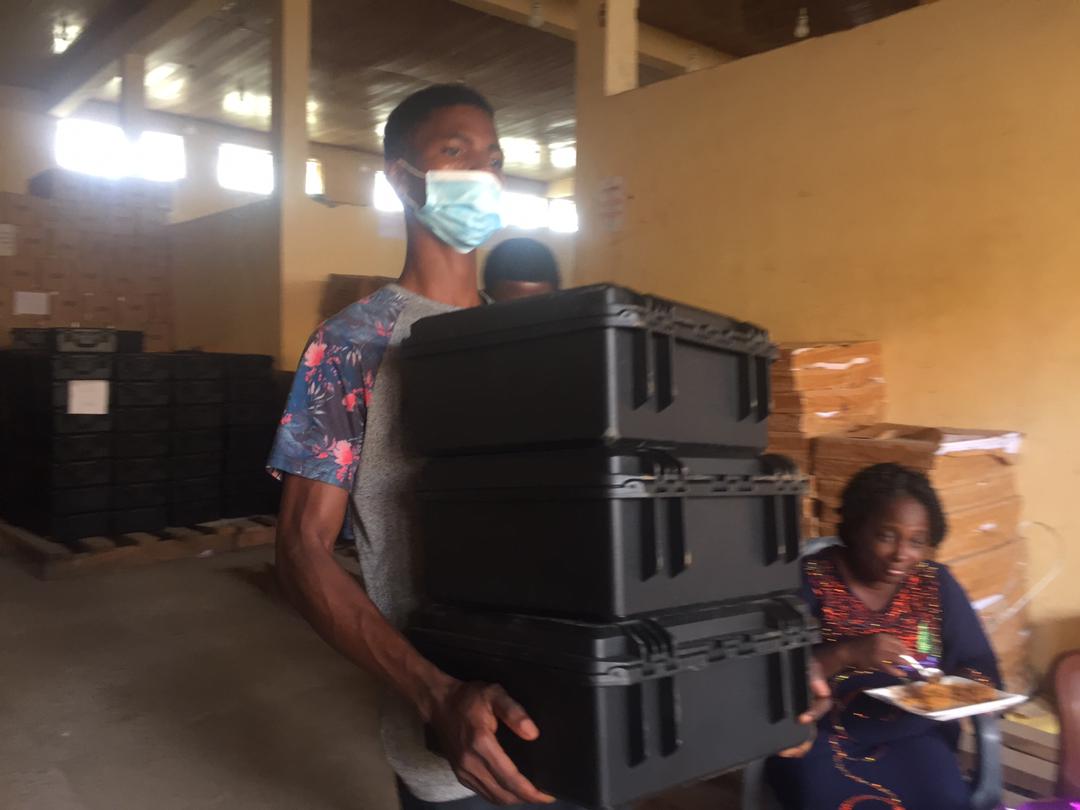 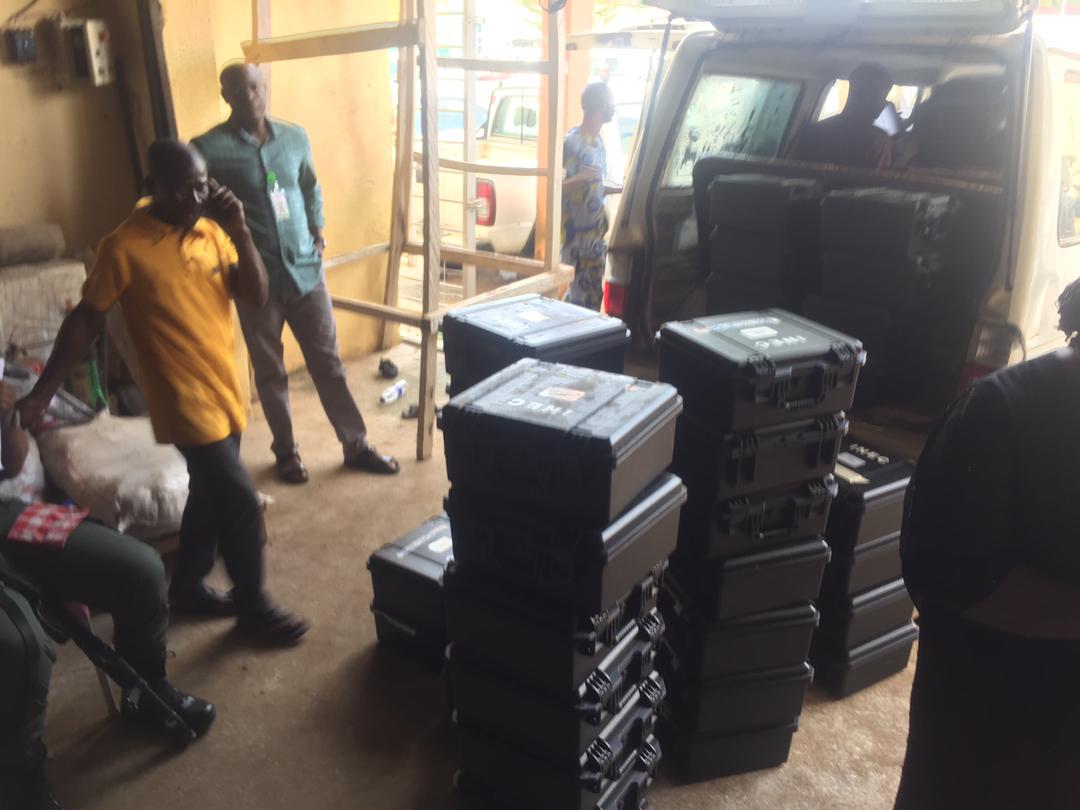 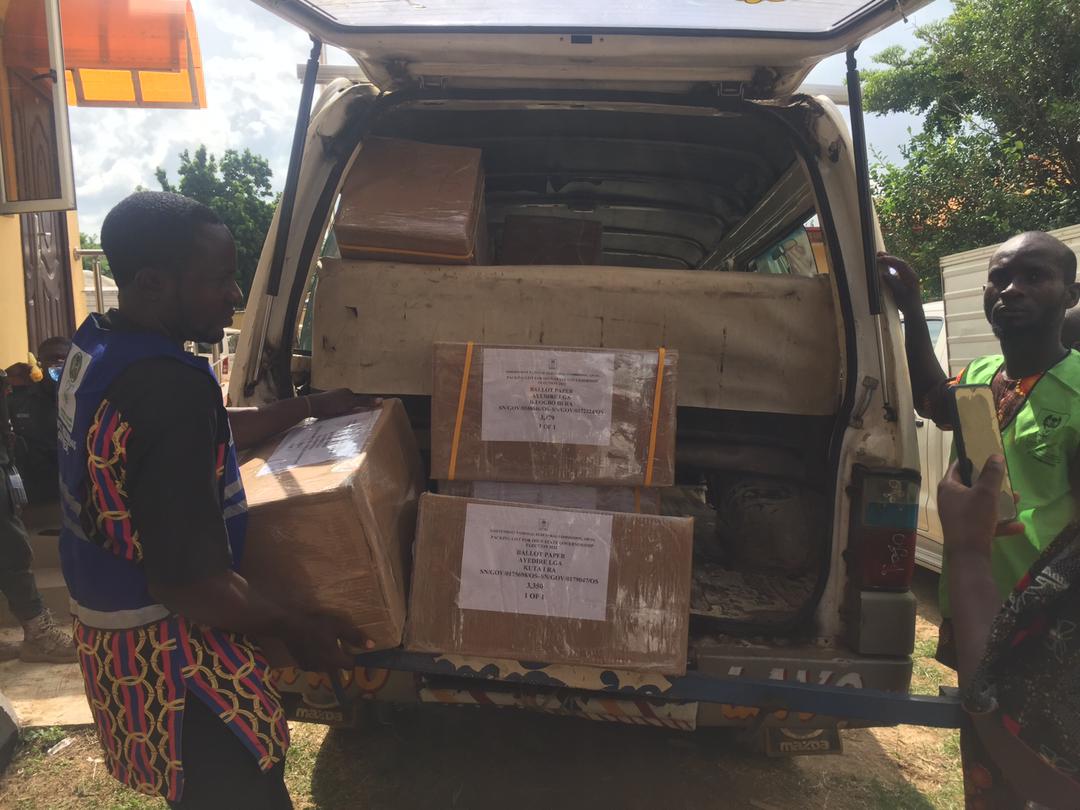 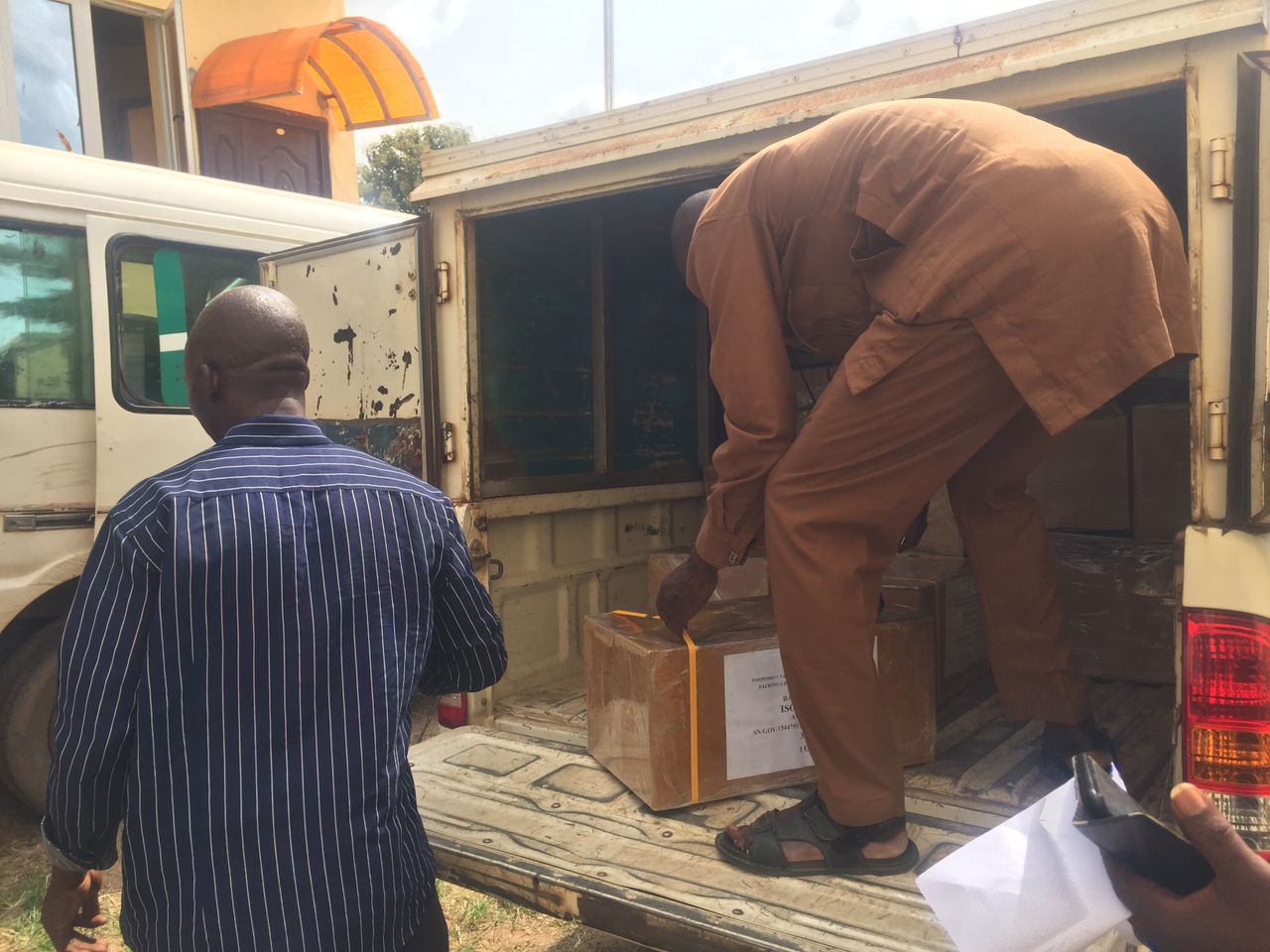 Earlier on Wednesday, the participanting parties met in Osogbo when 13 of them signed an agreement for peaceful conduct of Saturday’s Osun gubernatorial election.

Some of the parties in attendance were the All Progressives Congress (APC), the Peoples Democratic Party (PDP), and Action Alliance (AA).

Among those who were absent include the Labour Party, the Social Democratic Party, and the Peoples Redemption Party.

Oyewole Oladimeji, the spokesperson of Labour Party in the disclosed that the party’s gubernatorial candidate was absent at the peace agreement meeting and stating reasons that he was hosting their presidential candidate, Peter Obi, at a rally in Osogbo.

“Today was our mega rally and Peter Obi was around, he cannot neglect such a person,” Mr Oladimeji said.

“If security of the state failed to sympathise with him over the gunshot in his house, you should know they have ulterior motives.”

Gunmen attacked the home of Yusuf Lasun, the Labour Party’ gubernatorial candidate in the early hours of July 11, firing gunshots into his building and shattering the glass windows.

No one was hurt in the incident.

The Osun state government, while denying Governor Gboyega Oyetola’s supporters of carrying out the attack, called on the police to arrest the perpetrators.

Peace accord
Speaking at the peace ceremony organised by the National Peace Committee in Osogbo, Matthew Kukah urged all political parties featuring in the election to work toward peace.

Mr Kukah, a Catholic bishop, said Nigeria needs a peaceful environment and hence the need to encourage political actors to think toward peace.

He said that violence has been one of the fundamental threats to Nigeria’s democracy.

According to him, civil society organisations, religious groups, traditional institutions, and other key actors have a role to play in achieving peace in Nigeria.

“Signing of the accord, the national peace accord will focus on the symbolic gesture, but I think that our focus is ensuring free, fair, non-violent elections.

“I think the second phase we need to start interrogating is beyond just having a peaceful election, but Nigeria desperately is in need of peaceful environment.

“The amount of violence that has engulfed our nation, in a country that is not at war, this, for me, is a fundamental threat to our democracy and those who run the system must demonstrate commitment and capacity to arrest this threat.

“INEC is here, INEC remains the empire, INEC is the midwife and the midwife does not take the baby home”.

The INEC Chairman, Mahmood Yakubu, said the success of the peace accord depended on all stakeholders.

Mr Yakubu said that INEC has taken steps to ensure a credible election on July 16 and appealed to all candidates to strive hard to abide by the peace accord.

‘Adequate security’
Meanwhile, the Deputy Inspector-General of Police in charge of the July 16 election, Johnson Kokumon, reiterated his commitment to ensuring adequate security during and after the election.

“The Nigeria Police are in synergy with other security agencies and we are fully prepared to ensure we create a peaceful election in Osun State,” Mr Kokumon said.