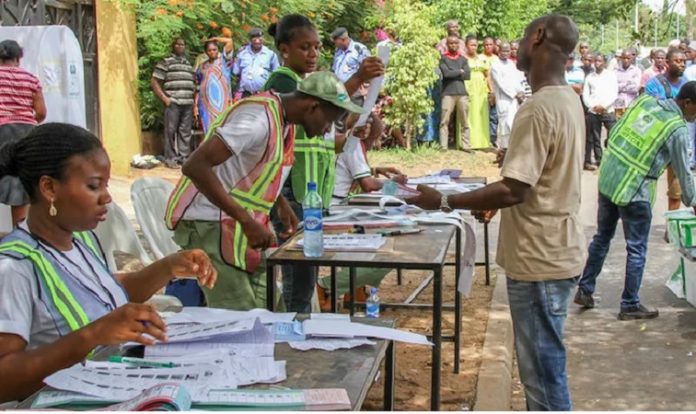 Reports have surfaced that voters at the ongoing Osun State gubernatorial elections have turned down vote buying as voters take oppositions.

Images seen by AF24NEWS shows packs of beans with image of Gboyega Oyetola of the ruling All Progressives Congress, APC on them

However, it has been revealed that voters have disagreed to sell their votes, despite collection of incentive packs.

#OsunDecides2022#Obidatti2023 #DignityInLabour
APC is so caring!.. You eat at least five seeds of cowpea daily till they come again in four years time… pic.twitter.com/UH2b3AgAev

At other units, signs of vote selling cannot be pointed by images seen by AF24NEWS correspondent.

Election going on peacefully in Iwo.