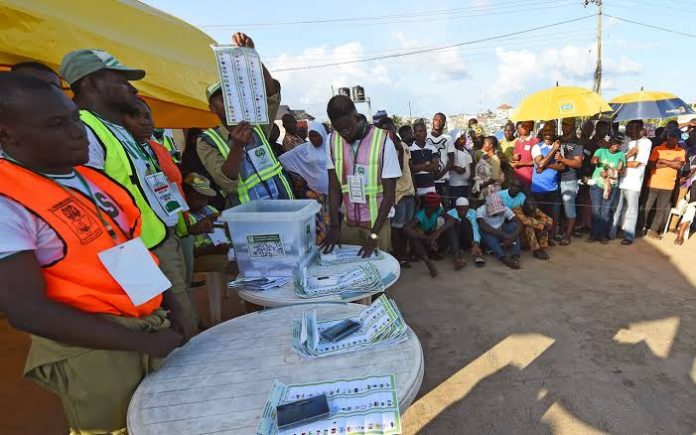 The ruling All Progressives Congress (APC) and the opposition Peoples Democratic Party (PDP) have concluded plans to pay between ₦2,000 and ₦10,000 per vote, according to a report.

The parties are said to have distributed the money to the wards and polling units since Tuesday, July 12, 2022.

According to the report being cited by AF24NEWS, PDP planned to give ₦2,000 to any willing voter in neutral and friendly areas such as Ede North, Ede South, Oriade, Obokun, Boluwaduro and Orolu Local Government Areas, while each voter in hostile and very competitive areas would get ₦5000.

Justifying the illegal practice, an anonymous PDP member who spoke to the newspaper said the party had no choice but to make such provisions so it wouldn’t be outplayed by the APC.

“You know the APC is in power at the centre and in the state, and the party has more governors than the PDP, so they naturally would have more funds from donations. So, we can’t go to bed as if they won’t induce voters,” the source said.

Another source in Osogbo said, “We have mobilised since early in the week so the security agencies, who may be loyal to the APC, don’t humiliate us.”

The APC, on the other hand, has reportedly planned to induce each voter with ₦10,000.

A chieftain of the party, who does not want his name mentioned, said the ruling party could not afford to lose Osun, saying it would be an embarrassment.

The source said, “Osun is a state we cannot lose, so we have to do what is necessary. It will be an embarrassment if we lose the election. APC is Osun and Osun is APC. So, we have made provision for voters to be rewarded for voting for us.”

When told that operatives of the Economic and Financial Crimes Commission (EFCC) are in the state to go after vote buyers and sellers, the party Chieftain said, “We took care of that already, since early in the week.”

Accord Party and Labour Party are also said to be planning to ‘reward’ voters, though with a lesser amount.

Meanwhile, on Friday, the PDP cried out over an alleged plot by the APC to bribe INEC officials and the police in a bid to rig the election.

In a statement signed by its National Publicity Secretary, Debo Ologunagba, the party claimed that some APC chieftains from Lagos had concluded plans to bribe electoral and security officials.

“Our party has information on how two prominent APC governors from the South-West, a former APC National Chairman from the South-South, a certain minister and a particular member of the House of Assembly from Lagos State are coordinating the release of billions of naira to bribe electoral and security officials as well as fund heavily armed thugs imported from Lagos, Ondo, Ogun and other South-West states to unleash violence and help the APC to rig the election,” the statement said.