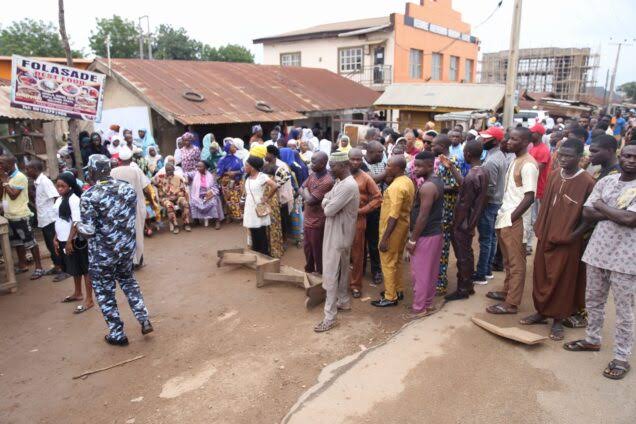 Voters in Osun State have defiled to rain to continue to press in the governorship polls for their voices to be heard.

Right at Polling Unit 005, Olode ward 07, Ife South Local Government Area, rain threatened voters at the venue but they were not restrained.

Earlier, the rains came pouring — and the voters in Ife South promptly dispersed, but they returned shortly after it stopped.

Also, a video posted on Twitter has reached AF24NEWS a woman in the footage said, speaking in Yoruba

Referring to the ruling All Progressives Congress, APC, she said “It’s a baseless party of poverty.
Party of disaster”

“We don’t want to suffer again, we’re not voting Oyetola. You’re only going for a tenure? What do you mean by once more ? Leekan síi?…

See the video below.