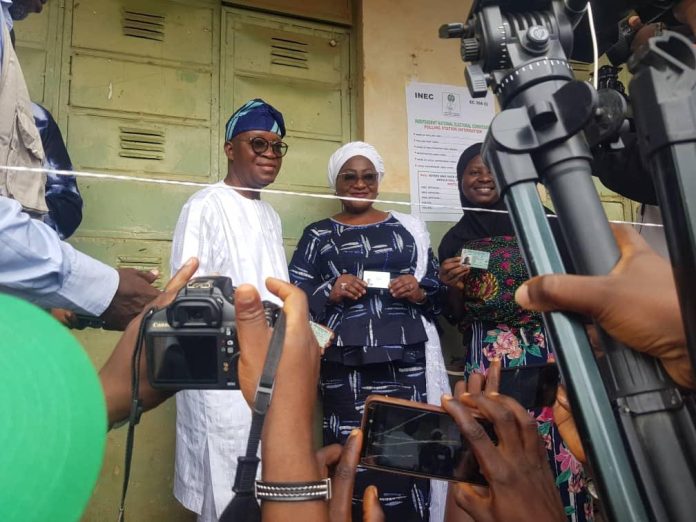 Gboyega Oyetola, governor of the state and candidate of the ruling All Progressives Congress, APC has just cast his vote alongside his wife, Kafayat.

Oyetola of  the All Progressives arrived at his polling unit — Iragbiji, Osun state to cast his vote, about an hour ago.

Governor Oyetola on queue, waiting to cast his vote.#OsunDecides pic.twitter.com/9VKPWCyXZh