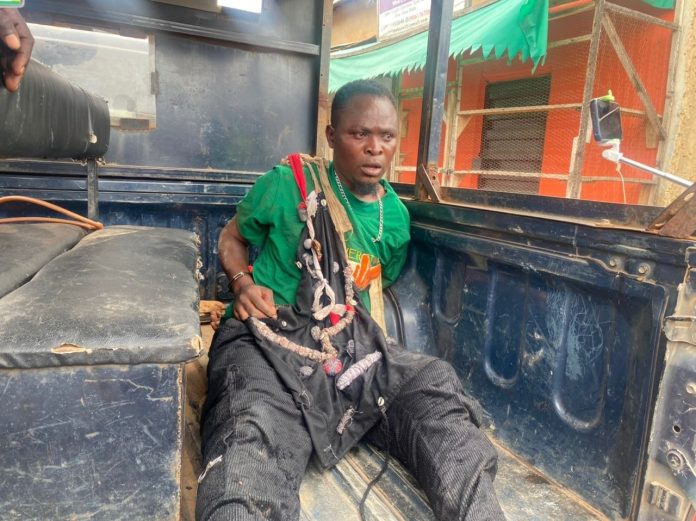 As the Osun State Governorship election continues, officers of the Osun State police command have arrested hoodlums allegedly from Lagos, suspected to be deployed by the ruling All Progressives Congress APC.

One of the suspected hoodlums arrested by the police in the Ifofin area of Ilesha gives his name as Ezekiel. He said he resides in Lagos and had to come to Ilesha “to work”.

Policemen going after suspected armed hoodlums in the Ifofin area of Ilesha. “We already arrested one of them with a gun and charms,” a police officer tells told reporters.

Operatives of the Economic and Financial Crimes Commission (EFCC), Nigeria’s anti-graft agency, stormed some polling units in Osun State where the governorship election is currently on and arrested an APC agent buying votes.

Another APC agent arrested for Vote-buying in Ede. These guys😩#OsunDecides2022 pic.twitter.com/24mi2QNSFC

Also, results have begun to come in this afternoon from information reaching AF24NEWS.