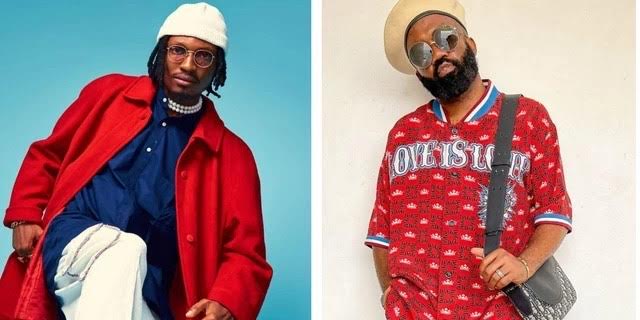 Efe, a former Big Brother Naija contestant, has threatened to hit Noble Igwe, a media celebrity.
The winner of the reality TV show’s second season announced this in his most recent song, which he dedicated to the social media star.

In some of the lyrics, he described Igwe as a midget and ‘Mr man wife.’

In his response, the media personality took a swipe at the reality TV star turned rapper.
“I’m glad Efe is trying to use me to kickstart a career in music, I’m only wondering if this is the actual song or the intro? I’m going to be twitting about him daily starting from today,” he tweeted.
“Efe is the only winner of BBN whose career never took off, Nollywood couldn’t even offer him a role, comedians didn’t see him useful enough for a skit. How can you be a winner yet so uninspiring?”
According to Igwe, Efe is the only former Big Brother Naija housemate who wasn’t invited to a reunion show.
Efe countered Igwe’s claims insisting that he gave the organisers of the reality TV show, reasons why he couldn’t show up for the show.
He alleged that Igwe has been bullying him on social media for years without any concrete reason.

“This man-wife has always hated me and continuously lie on my name to defame my character… for proof.. below is a screenshot of my chat with Ebuka.. inviting me for the Roundtable but unfortunately I couldn’t make it,” Efe tweeted.
It is, however, not clear how and where the rift between Igwe and Efe began.
Efe Ejeba was the winner of the second season of the reality TV show themed ‘See Gobe.’