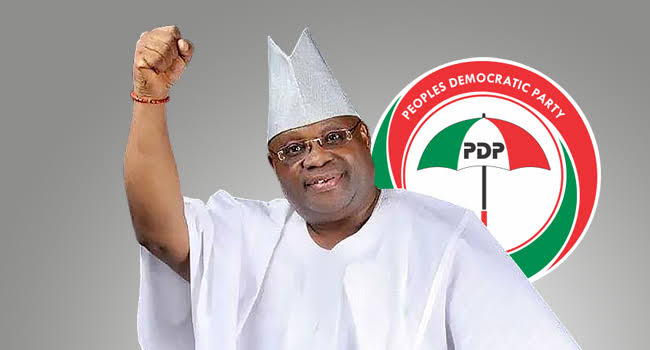 The National Association Of University Students, Osun State Campus Monitoring Committee, has congratulated Senator Ademola Adeleke on his emergence as the Governor-elect in the July 16 governorship poll.

The student body, who had warned against electoral malpractice and violence prior to the election, expressed satisfaction that the election was a very peaceful one in the history of the state.

The Returning Officer for the election and Vice Chancellor of the University of Lagos, Prof. Oluwatoyin Ogundipe, announced that Adeleke got a total of 403,371 votes beating the incumbent, Adegboyega Oyetola of the All Progressives Congress, who got 375,027 votes in a keenly contested race.

In a statement by its Chairperson, Deputy Chairperson, and Secretary-General; Erobami Ayobami, Omowumi Oyedele, and Olaniyan Saleem, respectively, made available to The PUNCH on Monday, NAUS congratulated the Governor-elect and urged him to work with the students.

The statement partly read, “Revolutionary greetings to all stakeholders, Executive Officers, comrades and the entire students.

“It is with great pleasure and joy that we address the entirety of all Nigerian university students in the state on the just-concluded governorship election.

“As students, we trooped out in our numbers and voted in the right candidate of our choice and as well observed the most peaceful election so far in the history of the state.

“We want to congratulate Senator Ademola Adeleke on his emergence as the duly elected Governor of Osun State. We wish him well in this new journey, and as well implore him to embrace the students’ constituency.”