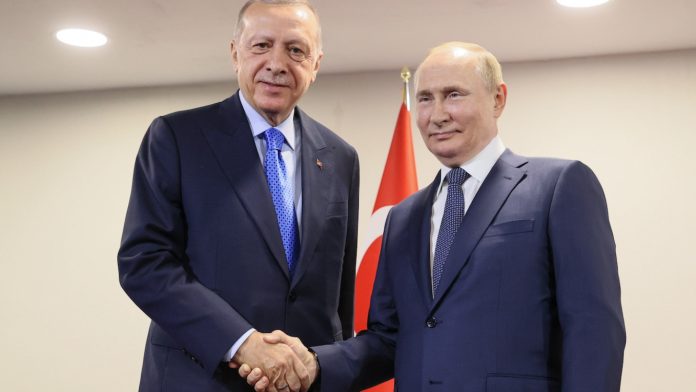 “With your mediation, we have moved forward,” Putin told Erdogan in Tehran, according to the Kremlin.

“Not all issues have yet been resolved, but the fact that there is movement is already good.”

Russia’s military intervention in Ukraine has hampered shipments from one of the world’s biggest exporters of wheat and other grain, sparking fears of global food shortages.

Putin also said there were “a lot of questions” on war-torn Syria that needed to be addressed.

He also said that the Nagorno-Karabakh crisis, which is at the center of a territorial dispute between arch foes Armenia and Azerbaijan, was another “important” issue to discuss.

Earlier in the day, Putin arrived in Tehran for talks on the Syrian war at a three-way summit overshadowed by the fallout from Moscow’s intervention in Ukraine.

He also held talks with Iran’s ultra-conservative President Ebrahim Raisi and thanked “our friends” in Tehran for their hospitality.

Putin traveled abroad for only the second time since ordering the offensive in Ukraine on February 24.

Since the West imposed unprecedented sanctions against Moscow over the military operation in Ukraine, Putin has sought to pivot Russia towards the Middle East, Asia and Africa.