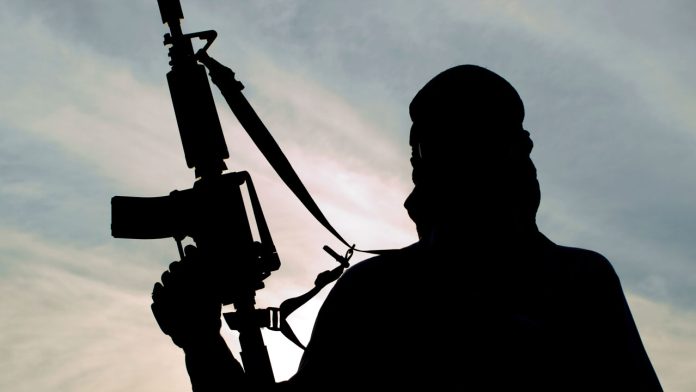 The Chairman of the All Progressives Congress in Ugu ward in the Orhionmwon Local Government Area of Edo State, Godwin Aigbogun, has been kidnapped by suspected hoodlums.

A chieftain of the APC in Ugu, who spoke on condition of anonymity, said he was informed of the kidnap by political associates.

He said, “I was informed that the APC chairman in Ugu Ward (9) of Orhionmwon Local Government Area was kidnapped by suspected Fulani herdsmen on Monday while returning from his farm in our village, Ologbo-nugu.”

The state Deputy Police Public Relations Officer, Jennifer Iwegbu, in a statement on Tuesday, confirmed the kidnap of the APC chieftain.

The statement read, “The Edo State Police Command, on July 18, 2022, around 8.52pm, received a complaint from one Godwin Erhahon of Ologbo-Unu village in Orhionmwon Local Government Area of Edo State, that his brother, Godwin Aigbogun, of the same village, was suspected to have been kidnapped and whisked into the bush by hoodlums suspected to be kidnappers.

‘On receipt of the information, a team of operatives from the command’s crack team and the Anti-Kidnapping and Cyber Crime Unit, immediately swung into action, mobilised to the scene and embarked on aggressive bush combing with the aim of rescuing the victim unhurt and possible arrest or decimation of the suspected kidnappers.

“While the operatives are establishing the location of the kidnappers, the Commissioner of Police, Abutu Yaro, urged the public to remain calm so that police efforts to rescue the victim and possibly arrest the kidnappers would not be jeopardised.”