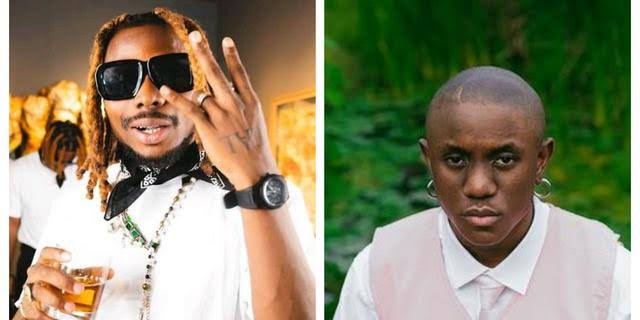 The eagerly awaited seventh season of the well-known reality series Big Brother Naija premiered in Lagos, Nigeria, on July 23, 2022. Afrobeats star Victony and rave of the moment Asake wowed the audience at the premiere, where the housemates were introduced to a live studio audience.

Victony played his famous single “All Power” and “Jolene,” while Asake performed his hit hits “Sungba,” “Pallazo,” and “Peace Be Unto You.”

The selection of Asake and Victony: Asake is the biggest Afrobeats star of 2022 and has produced a string of hit tunes that have wowed fans all over the nation.

READ ALSO: BBNaija: Everything you need to know as show returns for seventh season

Similarly, Victony is on a rise as his buttocks extolling single ‘All Power’ is a popular single amongst the female demography that constitutes a big percentage of the show’s viewership.
Afrobeats and Big Brother Naija: Afrobeats play a big part in Big Brother has several housemates such as Laycon, White Money, and Efe are musicians. Similarly, the Saturday night parties which host some of Nigeria’s finest DJs and artists are a big part of the show.
This year, viewers will be hoping that the performances from Asake and Victony are the first of many exciting intersections between Afrobeats and Big Brother Season 7 Level Up.