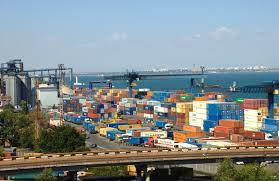 Explosions have rocked a key Ukrainian port just a day after Kyiv and Moscow reached a landmark deal to allow the resumption of grain exports.

Several blasts hit the western city of Odessa early on Saturday morning. The cause of the explosions is unclear.

12h after the grain deal #Russia breaks it and bombs the harbour of Odesa .

When will we finaly learn that you cant negotiate with Russia? The only language the facists understand is force.

Under the terms of Friday’s deal, Russia agreed not to target ports while grain shipments are in transit.

The UN had described the deal as “a beacon of hope” following months of conflict.

Oleksiy Honcharenko, a local MP, wrote on Telegram that there had been six explosions in the city and that its port had caught fire after the attack.

Mr Honcharenko added that Ukrainian air defences shot down several other missiles and that fighter jets were engaged in dogfights over the city.

“These scumbags sign contracts with one hand and direct missiles with the other,” he wrote.

“So, we need planes and we need to sink the entire Black Sea fleet of the Russian Federation. This will be the best arrangement for the export of grain.”

On Friday, officials from Kyiv and Moscow signed a deal to allow millions of tonnes of grain trapped in Ukraine to be exported.

According to diplomats, among the agreements struck Russia agreed not target ports while shipments are in transit and Ukraine promised to guide cargo ships through mined waters.

The deal – which took two months to reach – is set to last for 120 days, with a co-ordination and monitoring centre to be established in Istanbul, staffed by UN, Turkish, Russian and Ukrainian officials. It can be renewed if both parties agree.