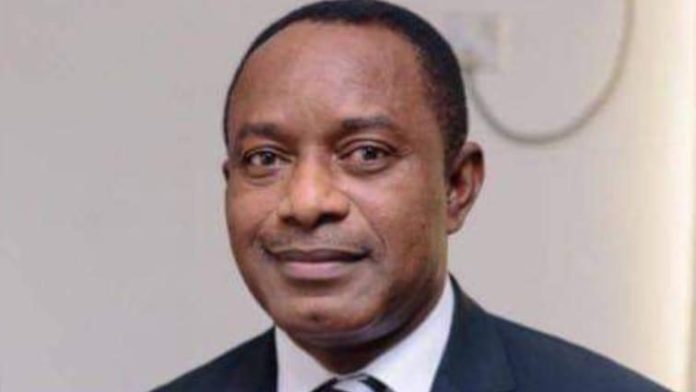 The suspected billionaire importer of N22billion worth of tramadol, Chief Afam Mallinson Ukatu has been granted bail.

Ukatu is facing charges over alleged conspiracy, illegal dealing, trading and possession of 322 kilograms of Tramadol, a banned substance.

The Federal High Court in Lagos fixed October 6, for the commencement of the trial.

Ukatu alongside one of his co-defendants, Sunday Ifeanyi Ibekwute, were arraigned in court by the National Drug Law Enforcement Agency on alleged drug-related offences.

Mallinson and his codefendant, were linked to the suspended Deputy Superintendent of Police Abba Kyari in an alleged N3 billion drug deal.

The two defendants were charged before the court presided over by Justice Peter Lifu, alongside one Pius Enidom, who has absconded after he was granted bail, on May 4, 2021, in charge marked FHC/L/159c/2021, filed against them by the NDLEA.

When the matter came up on Friday the trial judge, Justice Peter Lifu, fixed October 6 for the commencement of the defendants’ trial after delivering ruling on the bail application.

The judge also ordered the defendants to deposit their international passports with the court’s Registrar and to file an affidavit of dual citizenship if they’re, adding that they should be reporting to the prosecuting agency, NDLEA every 14 days till the determination of the charges against them. The judge also ordered that the court Registrars should verify the bail terms.

Meanwhile, counsel to the first defendant, Benson Ndakara, has assured the court of bringing his client, Pius Enidom, to court to continue his trial.

Ndakara told the court that he was disappointed with his client’s attitude, stressing that he had sent his partner to Anambra State, to lay an ambush against the runaway defendant.

Mallinson and others were charged before the court by the NDLEA on a four-count charge of conspiracy, unlawful dealing, possession, and trafficking of 322 kilograms of Tramadol.

They were alleged to have committed the offence on May 4, 2021 at Ikeja, Lagos State.

According to the prosecutor, Mrs. Theresa Asuquo, the alleged offences contravened Sections 14(b); 11 and 11(b) of the National Drug Law Enforcement Agency (NDLEA) Act Cap N30 Laws of the Federal on Nigeria (LFN) 2004.

The defendants pleaded not guilty to all the offences.

Following their plea of not guilty, their lawyers led by Mr. Victor Opara (SAN) filed their bail application and asked the court to admit them to bail in the most liberal terms.