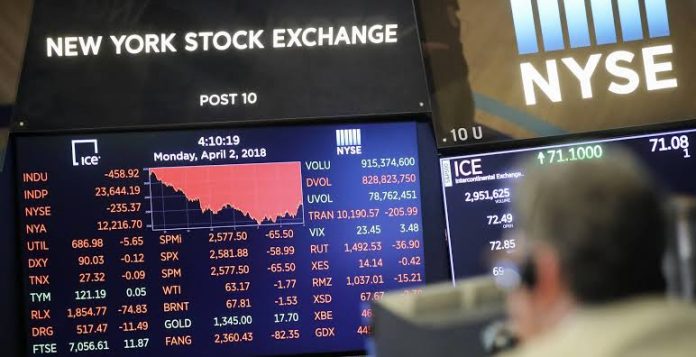 Bond yields eased amid bets that an expected U.S. recession would slow the Federal Reserve’s aggressive tightening campaign, with markets looking for policy clues from its two-day Federal Open Market Committee meeting which begins on Tuesday.

At the same time, the dollar built on its recovery from a 2-1/2-week low against major peers, supported by demand for the U.S. currency as a safe haven.

“Risk markets are obviously priced for some kind of slowdown, but are they priced for an outright recession? I would argue no,” said Ray Attrill, head of currency strategy at National Australia Bank (OTC:NABZY).

“In that sense, it’s hard to say we’ve reached a bottom as far as risk sentiment is concerned.”

U.S. S&P 500 emini futures slipped 0.08%, pointing to an extension of the benchmark’s 0.93% slump on Friday, when a survey showed business activity contracting for the first time in nearly two years amid persistently heated inflation and rapidly rising interest rates.

Nasdaq futures were about flat, following a 1.77% tumble for the tech-heavy stock index, as the bottom dropped out from under Snap Inc (NYSE:SNAP) after the Snapchat owner posted its weakest-ever sales growth. [.N]

Investors are on guard this week for how much a strong dollar will hurt financial results from heavyweights Apple (NASDAQ:AAPL) and Microsoft (NASDAQ:MSFT), among others.

The dollar index – which measures the safe-haven currency against six major peers – was little changed at 106.64, after climbing off a 2-1/2-week low of 106.10 reached Friday.

The Fed concludes a two-day meeting on Wednesday and markets are priced for a 75 basis-point rate hike, with about a 9% chance of a full one percentage-point increase.

Gold was steady at $1,725.17 per ounce, getting support from lower bond yields.

Bullion could push through resistance at around $1,770 if the Fed delivers a “dovish hike” on Wednesday, meaning forward guidance for a slowing in the pace of hikes for the remainder of the year, Chris Weston, head of research at brokerage Pepperstone, wrote in a client note.

“The yellow rock works in this backdrop where traders are questioning if the USD is our default hedge against equity drawdown,” Weston said.