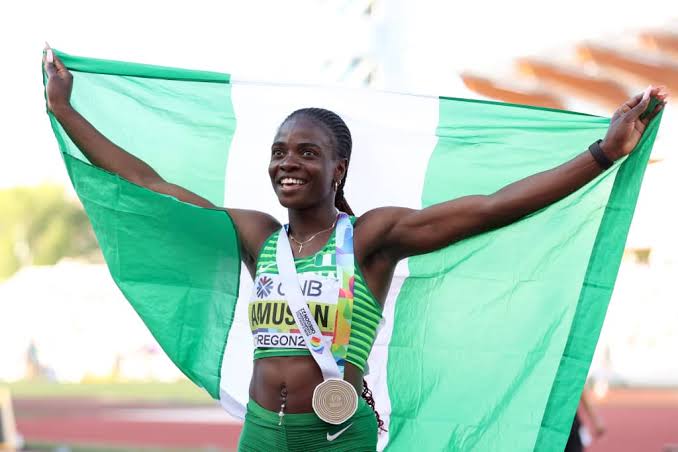 Earlier, AF24NEWS reported that Amusan became the first Nigerian athlete to win a gold medal in the World Athletics Championship when she stormed to victory in the women’s 100m hurdles in Oregon on Sunday within 12.06 seconds.

Amusan had earlier broken the world record in the semi-finals, where she clocked 12.12sec.

Quoting a tweet confirming Tobi’s win at the semis by the World Athletics official page, Bolt lauded the champion.

“Congrats,” he tweeted with emoticons of the Nigerian flag and applauses.

After her performance in the finals, the Jamaican athlete also wrote, “Superb #Tobi.”