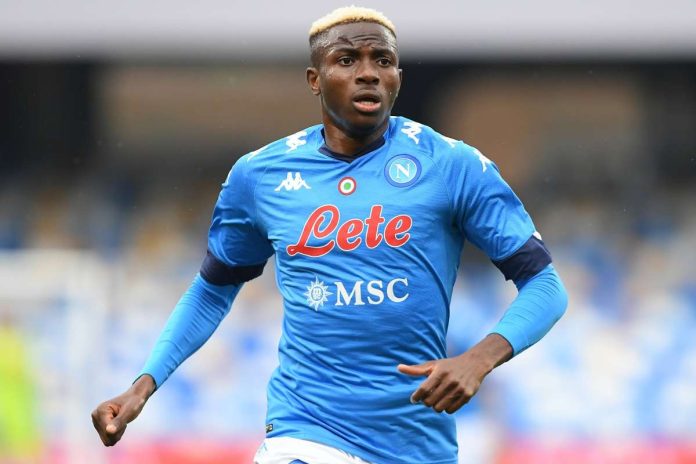 Luciano Spalletti’s side are currently in a preseason camp in Castel di Sangro.

During an open 11v11 training exercise, new signing Leo Ostigard, who was picked in Osimhen’s team, was at the end of a hard tackle by Andre-Frank Zambo Anguissa.

This led to Osimhen protesting and demanding a foul call in a very aggressive manner.

Despite attempts by Anguissa to placate him, the Super Eagles player would not be mollified.

This led Spalletti, who was refereeing the session, asking the 23-year-old to get off the training pitch.

Per reports from multiple sources, Spalletti was believed to have told Osimhen, “You talk too much. Go and take a shower.”

Osimhen yanked off his training bib in anger and stormed into the dressing room.