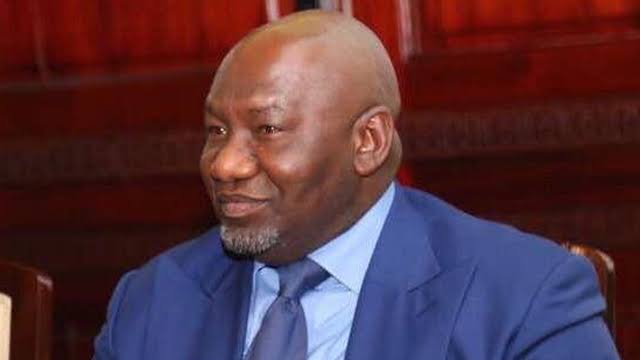 Again, the media, mostly of the online genre, are targeting the founder of Aiteo Group, Mr. Benedict Peters. Aiteo Group is an integrated, global-focused Nigerian energy conglomerate. At some point international media were even mobilised to smear the organisation’s boss by shadowy, unrelenting rivals of the unassuming top-flight energy sector player.

But then the novelty palled and the offshore media outlets backed out after they couldn’t establish meaningful grounds to continue the hockery-pockery project. The modus operandi this time around is seemingly to use local online media organizations. Significantly, the more professional and serious members of this journalistic niche declined obvious enticements to join the fray.

In alignment with this well-funded strategy, after some lull, the local online local media, perhaps for want of some post-pandemic lift were seen as ripe for exploitation and remobilised to turn their gun-sights on Aiteo.

What are the tattle-tales of these online publications? Throwing the foundational ethics that have undergirded journalism practice over centuries to the dogs these uncouth hounds are alleging without even basic journalistic verifications, that Benedict Peters “is currently trapped in a swamp of international money laundering and financial crimes, according to documents.”

Further, they alleged that Peters “is a subject of various indictments both in Europe, United Kingdom, United States of America and Nigeria” – in short on planet earth. There is more.

They conveniently cited “a trove of documents, including bank details, has exposed a syndicated string of alleged financial crimes involving Mr. Peters, his companies, cronies, family members and shell companies in which millions of dollars and billions of naira were moved across banks within Nigeria and in the Isle of Man, reputed for being a safe haven for international money launderers.”

These hyenas who lay false claim to being members of the respected profession of journalism even further alleged that “investigators have recommended that Mr. Peters be extradited from Ghana to Nigeria to face charges for numerous corruptions perpetrated by him.” The alleged pseudo-charges, they published included a laundry list of financial misdemeanours.

The publishers even went further to list some Aiteo boss’s legitimate assets as if it was now a crime to own business private jets, et cetera.

Of course, Mr. Peters is neither “trapped in a swamp of international money laundering and financial crimes,” nor a subject of various indictments both in all the countries of the planet. These are craven allegations fed by unhidden ‘stomach infrastructure’ push of a largely discredited journalistic roguery. Mr. Peter’s accusers are neither professionally diligent nor honest moderators. The Aiteo boss is available for any legitimate enquiry on any subject matter concerning his businesses.

Their veiled references to unfounded scandals readily give them out as paid fifth columnists pushing sponsored agenda. These cannot stand proper judicial test as opposed to quasi media trial. It is noteworthy that the allegations being peddled currently and previously against Mr. Peters and Aiteo were largely the same issues which have already been conclusively determined by courts of competent jurisdiction or pending in court and the purpose of the publications could only be to impugn the integrity of Mr. Peters and the company.

Relevant laws and processes exist and provide guidance on how to address any infractions or deviance from corporate organisational governance. Mr. Peters is not a spirit and so is available to any legitimate inquiry.

It’s a given that powerful visions pull in ideas, people and other needed resources. It creates the momentum and will to incept specific changes. It inspires individuals, complementary organizations and institutions to commit, to persist and to give their best.

His entrepreneurial savvy and vision has led to his widespread business empire providing jobs and enhancing meaningful indigenous participation in an energy sector dominated by IOCs. He has also helped to deepen the country’s capacity to manage its oil assets and create critical local content. His boundless philanthropy in diverse arenas has impacted and lifted many lives.

Perhaps not surprisingly, these uncommon accomplishments are attracting unhealthy rivalry from shadowy forces out to undermine excellence and rubbish his hard-earned integrity and reputation. But apparently, they are sadly misreading their target. They curiously forget that an inner steel supported Mr. Peters trajectory and a compelling vision positioned his current business standing.

Mr. Benedict Peters is indisputably Nigeria’s oil sector leader and local content champion. Who are trying to undermine his unique trajectory? The Aiteo Group is an integrated, global-focused Nigerian energy conglomerate founded by Mr. Peters in 1999. The company is the successor entity to Sigmund Communnecci Limited. The company name was changed to Aiteo during a major rebranding exercise. It has been experiencing exponential growth ever since. In 2016 the company was trading petroleum products to the value of over $11 billion.

As the founding GMD/Vice Chair of the over 24-year old Aiteo Group, Benedict Peters’ entrepreneurial savvy has directly impacted the entity’s strategic development, policy formulation and execution. This has translated to meaningful indigenous participation in a sector dominated by International Oil Companies (IOCs) and considerably deepened Nigeria’s capacity to manage its oil assets and create critical local content.

It could be recalled that following the asset divestment by Shell Petroleum Development Company (SPDC), Aiteo acquired Oil Mining Lease 29 (OML 29) and the industry’s 97-kilometre, Nembe Creek Trunk Line (NCTL) in a deal worth 2.7billion USD following a highly competitive bidding process. At the acquisition period, the assets were reportedly worth 5 percent of the Royal Dutch Shell global portfolio.

The acquisition made it Aiteo’s largest asset in Africa from local content point of view. Aiteo quickly augmented production on the asset from below 25,000 barrels per day (b/pd) to 90,000 in the space of 18 months, thereby installing it as Nigeria’s largest oil producing company.

Unassuming, press-shy Peters strongly believes that it is long past time that the oil sector is made to work for Nigeria and that the wealth created by oil and gas should lead to the sustainable development of the country’s economy. This ideally shouldn’t ruffle feathers of patriotic Nigerians but attract commendations and encouragement.

With his vast, invaluable industry knowledge, Peters is clearly a key force to reckon with as a transformative agenda for the strategic oil industry in the new decade is unfolded.

Against the background of what clearly looks like a blackmail project, the Aiteo Group boss has never shied away from any legitimate enquiry on the processes that govern his businesses.

It is then little wonder the emerging consensus is that the trend of media corruption and unprofessionalism gaining traction in recent times cannot be denied or glossed over. What is fast gaining notoriety is the rate at which local and even foreign journalists are contracted by some unscrupulous entities to damage national growth of African countries through undermining indigenous players in strategic sectors.

It could be recalled that sometime last year, a miffed consortium of human rights lawyers, Council of Ethnic Youth Leaders of Nigeria, CEYLN in conjunction with some civil society organisations kicked against the contrived inquisition against Mr. Peters. But it appears that this trend of sponsored attacks may not end anytime soon.

While competition is a welcome development in a capitalist economy like Nigeria’s, healthy rivalry is part of the game. But when some greedy entities contrive smear campaigns to rubbish corporate rivals, this is clearly crossing the line of decency and ethics and must be rebuffed.

Beyond the boardroom now, major players appear to have taken their bitter rivalry to the newsrooms and go as far as contracting journalists especially those renowned for their expertise and experience in paid media warfare to undermine competition.

This is clearly against the fundamental ethics of business and values of civilisation.