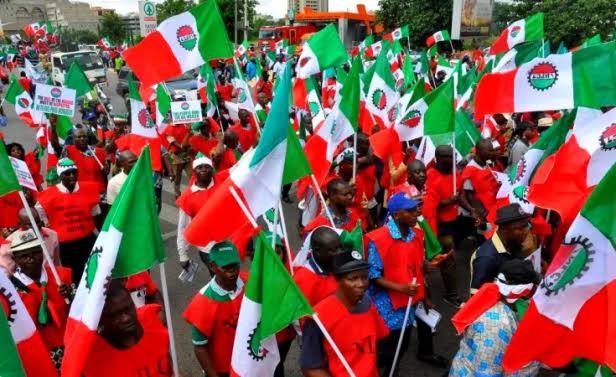 The workers comprise the Academic Staff Union of Universities and Organised Labour in the state.

They are jointly protesting the ongoing strike by the ASUU, which was occasioned by the faceoff between the union and the federal government.

The strike was called on by ASUU over some knotty issues including earned allowances, IPPIS/UTAS payment platform, universities revitalisation fund, among others.

The protesting workers congregated at the Labour House in Calabar on Tuesday morning, marched across a few major roads in the state and down to the governor’s office in the state capital.

As of press time, no official from the state government came out to address the protesting workers.

Entry in and out of the premises has been suspended, as workers are left stranded both inside and outside the office complex.

Meanwhile, heavy security personnel have been placed in strategic positions across the state capital to forestall breakdown of law and order.