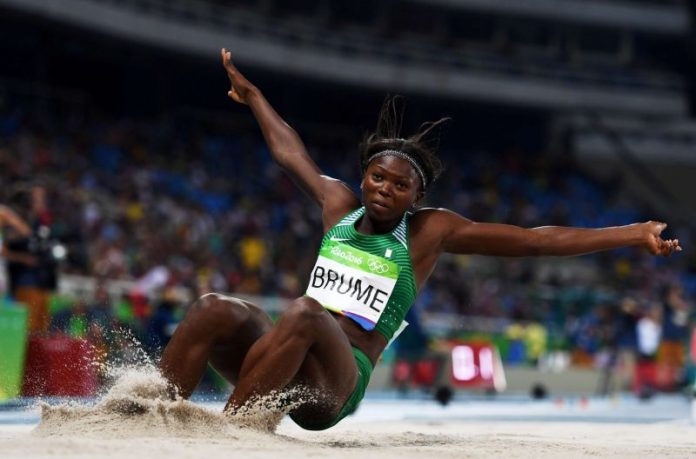 Nigerian long jumper, Ese Brume, on Wednesday, said she would be targeting a gold medal in her next competition.

Recall that Brume produced her biggest jump of the year in Oregon, usa to become the first Nigerian athlete to win medals at two World Athletics Championships.

She won the silver medal in Oregon, an upgrade to the bronze she won in Doha in 2019.

Team Nigeria, who had won no medals going into the final day, left the competition with two, after Brume’s feat and hurdler Tobi Amusan’s record-breaking sprint, which saw her win gold and become Nigeria’s first ever world champion and world record holder.

However, speaking during an interview on Arise TV on Wednesday, brume noted that her next target after the silver medal would be gold.