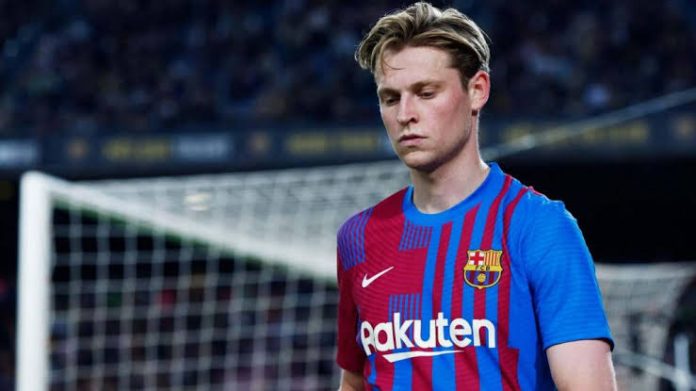 LaLiga president, Javier Tebas has said there is no issue with Barcelona asking Frenkie De Jong to accept a pay cut.

Earlier, De Jong has been heavily linked with a summer move to Manchester United.

With the Dutch midfielder eager to stay at the Camp Nou, Barca have asked him to accept a reduction in his salary – a suggestion the player has rejected.

However, when asked about the situation, Tebas insisted that players cannot separate themselves from “collective agreement”.

He said: “The players cannot be split from the team or pressured – it’s what collective agreement, the Law, reason, ethics mark.

READ ALSO: Neymar to be tried over irregularities in Barcelona transfer

“From there, Barcelona knows the rules and the responsibilities.”

De Jong is refusing to leave Camp Nou until Barca reimburses him for £17million in deferred wages.

The 25-year-old accepted a pay cut during the COVID-19 pandemic to help ease the financial burden on the club.

However, Barcelona promised to pay the money back in full over the course of his deal, which runs until 2026.