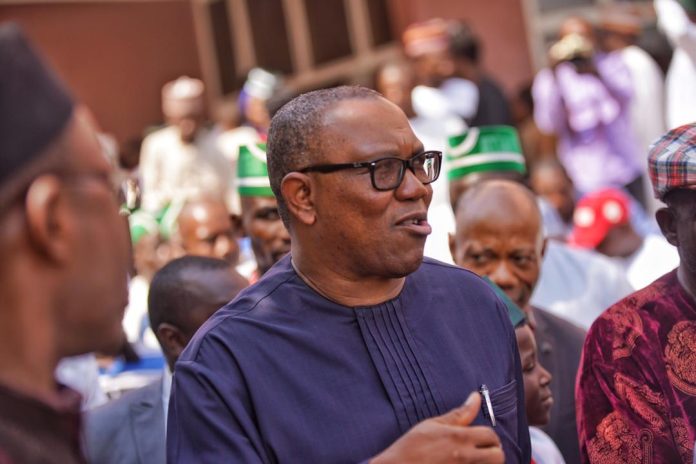 Presidential candidate of the Labour Party, Peter Obi has visited the Dunamis Glory Dome of 100,000 seating capacity, according to details reaching AF24NEWS.

By February 2023, Mr Obi who was running mate with Atiku Abubakar in 2019 at the People’s Democratic Party will have to face his erstwhile party patriot and the ruling All Progressives Congress, APC, candidate Bola Tinubu who has now been in controversial rejection over Muslim-Muslim ticket by many northern governors, including a former Secretary to the Government of the Federation (SGF), Engr. Babachir Lawal.

At a Friday vigil programme Peter Obi joined the congregation to pray and give thanks at the 2022 Mid Year Praise and Worship, tagged Judgmental Praise together with Pastor Paul Enenche.

The teeming congregation of worshippers turned into a rapturous and reverberating chant to welcome the candidate who is becoming fast popular among the young generation and social media lovers.

In a viral video obtained by the online newspaper, Pastor Enenche shook hands with Obi after the preacher’s wife Becky Inyangbe Ibu, announced the presence the 61-year-old.

Using no words at all, Mr Obi waved to his lovers whose excitement could not be contained, constraining the programme anchor to ask them flash thier phone torch in praise to God.

Watch the video below.

Speaking on Monday 25th July, when he appeared as guest on Channels Television Mr Obi said he agrees to Atiku’s claims that he could only win by miracles.

Obi said ‘My political life has been a miracle. I am looking forward to another miracle in 2023.’

“And then in 2007, about one year in office, INEC conducted an election and Andy Uba won and was sworn in as governor, I went to court again to seek the interpretation of our constitution that my tenure is four years, everybody said it will never happen but again the Supreme Court declared me the winner which is why you have staggered election in various states today.

We are still praying 🔥 pic.twitter.com/ANC73e0CyB