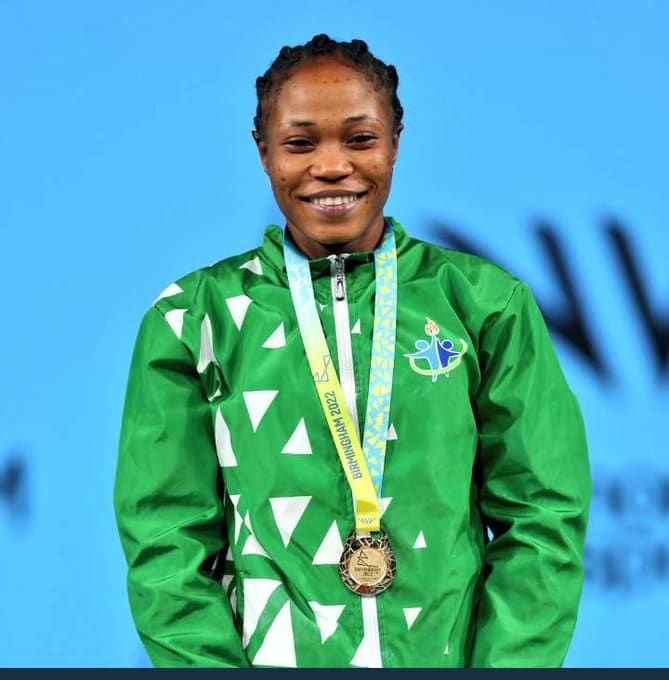 Nigeria has recorded its first gold at the 2022 Commonwealth Games, thanks to Olarinoye Adijat who won the women’s 55kg weightlifting event.

The 22-year-old lifted a total of 203kg to set a game’s record for accumulated lifts.

Adijat also set the game’s record in the snatch category after lifting 92kg for her second lift.

Having almost missed out due to a technical issue in her final lift, she was able to eventually come out tops.

In the women’s 49 weightlifting event, Nigeria’s Stella Peter Kingsley narrowly missed out on a podium finish.