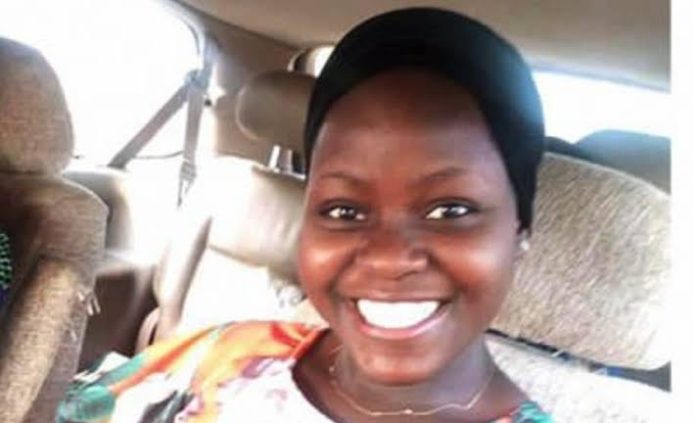 The Students’ Union Government of the Ladoke Akintola University of Technology (LAUTECH), Ogbomoso, has appealed to President Muhammadu Buhari and the Oyo State governor, Seyi Makinde, to ensure the release of an abducted final year student of the university, Rachael Opadele.

Opadele was working at a hotel due to the ongoing strike action by members of the Academic Staff Union of Universities (ASUU) when she was abducted.

She was kidnapped alongside the owner of the hotel by unknown gunmen at Abaa, Surelere Local Government Area of Oyo State, on the night of Thursday, July 28, 2022.

The students’ union, in a statement made available today, pleaded with Buhari and Makinde to beef up security in the areas around the university and ensure the release of Opadele from her abductors.

“It saddens our heart that Opadele Rachael Abiola, a final year student of Fine and Applied Arts, with Matric Number 170886, was abducted in a hotel at Aaba, a community close to LAUTECH.

“To Oyo State Government and the management of our university, please help beef up the security around the university community.

“We can tell you that the security and safety of LAUTECH community is in great jeopardy. Now is the time to act before it’s too late. For the past few weeks, we have been experiencing several robberies. Now, one of us is kidnapped. Who knows who is next? Before these evil people make it a job to be kidnapping students, act now!”

The statement added students can no longer walk or move freely, sleep conveniently, travel, or do anything without fear of being abducted or kidnapped, robbed, raped, or maimed within or outside the university community.

“This is a cry from over 35,000 students of LAUTECH to the Federal Government, the Oyo State Government, all security operatives in Nigeria and Oyo State, the Obas, and the management of LAUTECH over the abduction of Rachael by gunmen, to help free and save Rachael.”