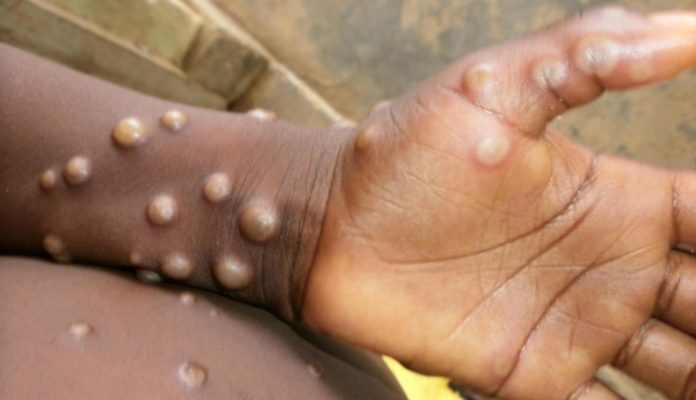 The Ogun State Government has confirmed one case of Monkeypox in Ijebu-Ode area of the State.

The Commissioner for Health, Dr Tomi Coker, disclosed that 11 suspected cases are being monitored in the State.

In an interview with newsmen, Coker said most of the recent suspected cases of Monkeypox in the State are from Ado-odo/Ota and Ifo, saying one was noticed on Wednesday.

The Health Commissioner explained that six local governments have recorded at least one suspected case of the disease.

Aside from the confirmed case in Ijebu-Ode, the local government has one suspected case, while Ado-Odo/Ota has four; Ipokia, two; Ifo, one and Abeokuta South, two suspected cases.

Coker noted that the government had made arrangements to combat any outbreak of the infection.

As part of its preparedness, the Commissioner hinted that the Monkeypox Emergency Operation Center has been activated, while training Health Care Workers (on Monkeypox) to raise their index of suspicion.

She added that local government teams were also trained on how to identify cases and to strengthen community case search.

“Information Education and Communication (IEC) materials were produced with support from the World Health Organisation. We have to go live on radio stations to sensitize the people on Monkeypox,” he said.

The Commissioner added, “We have alerted our case managers for case management and assess our isolation in preparation to admit cases when the need arises. We trained 201 HCWs across the State including HCWs in industries.”

Dr Coker, however, alerted residents to report any suspected case of Monkeypox, noting that “they appear like chicken pox in adults.”