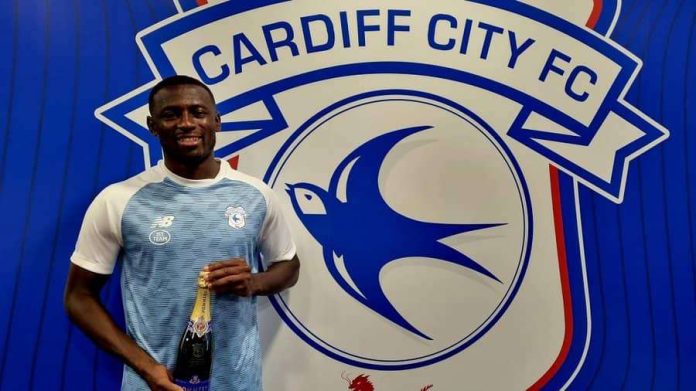 Super Eagles defender, Jamilu Collins made a dream start at Sky Bet Championship club, Cardiff City after he was named Man of the Match in Saturday’s home win against Norwich City.

Collins, who was in action for 90 minutes in the game, was the Birds’ most outstanding performer.

The left-back transferred to Cardiff City this summer and has settled well at the Welsh club.

Collins severed ties with Bundesliga 2 club, SC Paderborn earlier this summer.
It was a perfect start to the campaign for Cardiff City who are looking to secure promotion to the Premier League.

The Welsh club’s next visit is to Reading on Saturday in continuation of the Sky Bet Championship.