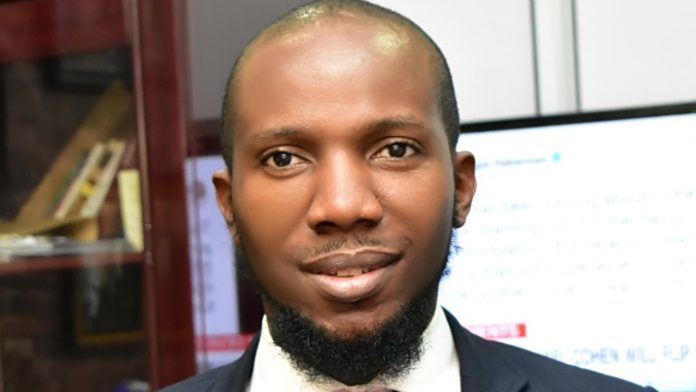 Ikpo said since the conviction of Effiong there has been a lot of misrepresentation, abuse, and insult against the Chief Judge of the Akwa Ibom State High Court.

Recall that on July 27, 2022, Effiong, the defence counsel in a case between Mr. Leo Ekpenyong and Governor Udom Emmanuel together with Senator Effiong Bob, was sentenced to one-month imprisonment during proceedings.

It was alleged that Ekpenyong who is the defendant had published a false and malicious report against Emmanuel and Bob who is the claimant, following the fall out of 2019, in which the later instituted a case of libel against the former.

It was alleged that Ekpenyong accused Emmanuel of bribing the 2019 Tribunal Chairman in the state, Justice W.O. Akambi, with $1.5 million.

But, briefing newsmen in Uyo over the weekend, Ikpo who is the counsel to the claimants, said Effiong who is now serving in Ikot Ekpene correctional centre was convicted for contempt.

He said the trouble started on November 25, 2021 when he addressed the Court that the Preliminary Objection should be taken in accordance with Supreme Court rules but Effiong objected asking the court to take his motion.

Ikpo said Effiong jump up from his seat boasting that “I am an international lawyer. I practice in Lagos and Abuja, I am a Human Rights Activist and I will teach the judges in Akwa Ibom State the law.

“He pointed his fingers menacingly at the Chief Judge and threatened that proceedings will not go on unless he is allowed to take his motion to set aside first.”

Ikpo said the Chief Judge replied to him that preliminary objection takes precedence over any other motion but Effiong insisted that his motion should be heard first.

He said after several adjournments, the case finally came up on July 27, 2022 for cross-examination, where the Chief Judge, citing a man with a phone recording the processing, ordered his exit from the court and his gadget confiscated.

Ikpo said Effiong, who objected to the punitive measure meted on the man, said, “it is an open court and that the public is allowed to witness and record proceedings”, but the Judge said that he would have received permission from the court before recording.

“While the Judge was about to put the defence lawyer on record, Inibehe Effiong jumped up and shouted saying, you cannot tell him to leave the court, he is a journalist. He has to stay in court and record all what you say so that you cannot deny.

“If you don’t ask him to come back to the court, I will not sit down and no proceedings will continue today. My Lord, I’m waiting for you to rescind your order.

“I have noted the manner this Court conducts its case, that is why we filed a motion for transfer of this case to another Court, you refused to hear the motion. What type of Judge are you? this motion must be heard today.”

Ikpo said after the Chief Judge could not contain the attitude of the defence lawyer in challenging the court decision verbally and disrupting the proceedings, she asked him to step aside out of the Bar and derobe.

He noted that the Judge sentenced Effiong to one month of imprisonment for him to purge himself of “contemptuous conduct.”