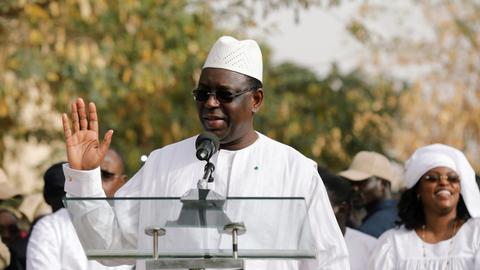 “We won 30 departments” out of the 46 in the west African country and overseas constituencies, Aminata Toure, head of the presidential coalition, told reporters late on Sunday.

“This undoubtedly gives us a majority in the National Assembly.”

“We have given a majority in the National Assembly to our coalition president”, Sall, she added, without giving the number of seats won by her camp or whether it was an absolute or relative majority.

Toure however acknowledged her coalition had been defeated in the capital Dakar in Sunday’s vote.

The opposition was swift in rejecting Toure’s claims.

The opposition had hoped the elections would impose a cohabitation, or divided government, on Sall and curb any ambitions he may have for a third term.